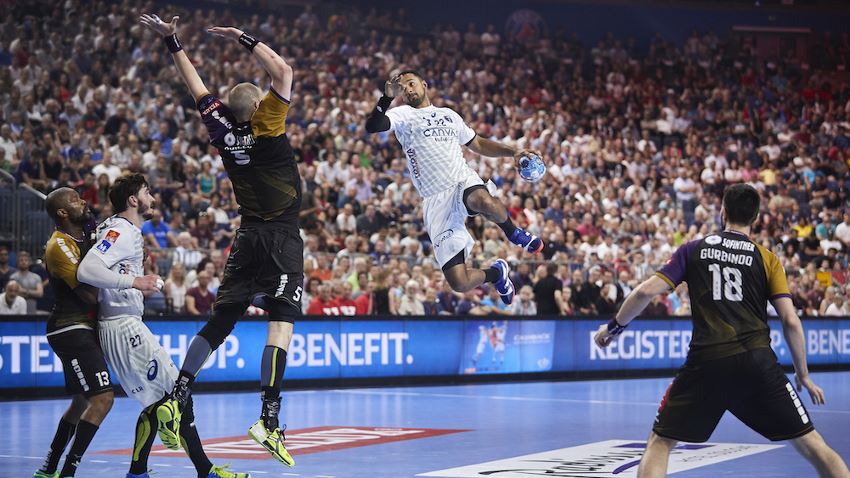 The underdogs who defied all odds

Every powerhouse eyes the VELUX EHF Champions League’s big prize, but now and then, there is an underdog ready to bite.

One of the biggest surprises in the premium European competition sprung in the 2017/18 season, when Montpellier – a team that started the competition in group D – lifted the trophy after a classic season for the French side.

It was an unexpected and unprecedented conclusion to a superb season, as Montpellier won the VELUX EHF FINAL4 in Cologne thanks to a hard-fought 32:27 victory against Nantes in the final.

The climax can be re-watched by fans on Sunday at 18:00 CET, as the match will close this week’s relive VELUX EHF FINAL4 2018 on Facebook and YouTube.

It was a long way home for Montpellier, who won group D, eliminated Abanca Ademar Leon in the group C+D play-offs, then shocked title contenders Barça and Flensburg in the knockout phases.

Montpellier’s faced then title holders Vardar in the semi-final, and their resilience pulled them through to a 28:27 narrow win.

Nantes’ path to the final was easier, despite finishing third in group A, but the 32:28 win against PSG in their first game in Cologne was a sign they would be a tough nut to crack.

The final was a game between two sides who knew their opponents well, and was also the first time for the VELUX EHF Champions League’s trophy match to be played between two French teams.

Nantes deployed an aggressive defensive system that kept them the lead until the ninth minute, before Patrice Canayer’s team turned the game on its head.

But the real breaking point came late in the game. Nantes could not reclaim the lead, although they did manage to tie the game, 24:24, with nine minutes to go.

Amping up their defence, Montpellier responded with an unanswered 5:0 run powered by an unstoppable Diego Simonet, and clinched their second VELUX EHF Champions League trophy.

Were it not for Simonet, Montpellier might have never celebrated winning the trophy. The Argentinian centre back was superb in every aspect of the game, scoring six goals, dishing several assists and registering two steals that proved to be crucial.

Having an in-form goalkeeper is priceless in a crunch game like those at the VELUX EHF FINAL4 and Montpellier certainly had a star between the posts against Nantes. Vincent Gerard was crucial in certain moments for the French powerhouse, as he stopped 12 shots for a solid 36 per cent save rate in the final.

“I do not know even where I am right now. It is amazing,” said Jonas Truchanovicius, Montpellier HB left back.

The Lithuanian back was overwhelmed by winning the big prize. His comments were echoed by many teammates, who claimed the trophy for the first time.

Montpellier’s improbable rise to fame was unexpected by many, even by their own players, who completed an 18-game journey to lift the trophy.

Dubbed handball’s own Lionel Messi, Diego Simonet showed that there is little he cannot do on the court. The electric Argentinian playmaker helped Montpellier close the gap in the early stages with a superb breakthrough and spin shot.

Despite their superb win in the 2017/18 season and not tinkering with their squad, Montpellier did not build up on their success, becoming the first ever title holders to be eliminated as early as the group phase in the next season.

With Simonet injured throughout the 2018/19 group phase, Montpellier failed to bring that same brimming level of performances, yet they have bounced back in the current season, progressing to the Last 16 from fourth place in a tough group.

Nantes came back for the next season of the VELUX EHF Champions League, but they were knocked out by Barça in the quarter-finals. Their coach Thierry Anti was replaced with his former assistant, Spanish ace Alberto Entrerrios. In 2019/20, they are second in the French league – six points behind leaders PSG.

At the VELUX EHF FINAL4 2018 in Cologne, the iBall was used for the first time, offering enhanced excitement for all fans. The EHF’s official match balls, supplied by SELECT, were equipped with a Kinexon tracking chip that provided data such as shot speed.

The fastest shot of the final? A 133 km/h hammer from Nantes back Romain Lagarde, voted best young player of the VELUX EHF Champions League in the 2017/18 season, which rocketed straight into the top corner.

The Best Young Player of the #veluxehfcl 2017/18, Romain Lagarde, shows us why he received your votes with this 133 km/h hammer into the goal. Even Gerard has no chance against a shot like this! @HBCNantes @mhbofficiel #ehffinal4 pic.twitter.com/E58I4xddv6