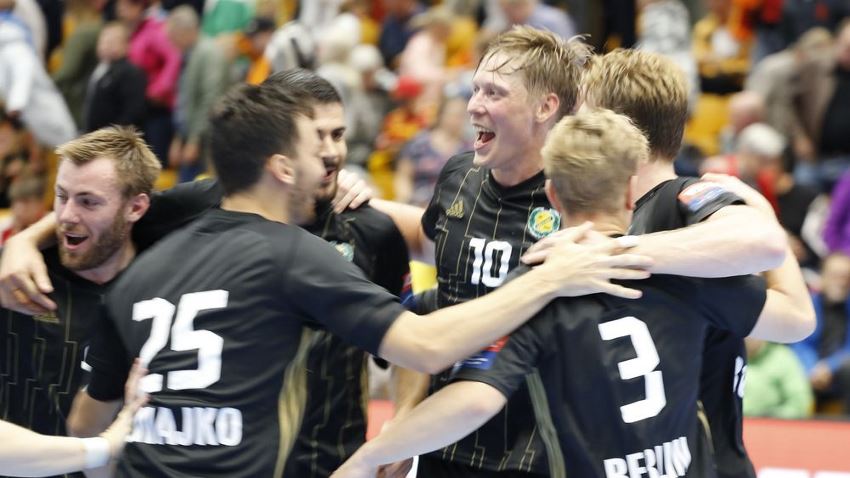 Swedish champions IK Sävehof have made it two wins from two in this season’s VELUX EHF Champions League, but that looked an unlikely prospect halfway through their group C encounter on Wednesday evening.

HC Eurofarm Rabotnik’s Lovro Jotic rocked Partille Arena in the first half as his side took a comfortable lead, but the hosts came roaring back with some brilliant work on the court and from the bench to come from behind and win.

The hosts scored the first goal of the evening, but that was as good as it got for them in the first half.

The North Macedonian visitors did not have much time to get over their narrow home loss to Sporting on Sunday, but they looked very comfortable in the early stages of this match and soon took the lead.

Croatian playmaker Lovro Jotic has plenty of VELUX EHF Champions League experience with Aalborg and Zagreb and he displayed this with seven goals in the first half alone, helping Rabotnik go on a 6:2 run towards the end of the half and take a 15:10 lead into the dressing rooms.

Sävehof knew they had to bring something new to the table in the second half and they did exactly that with a fluid and aggressive 3-3 defence.

This forced their guests to rush their attacks and by the 42-minute mark, the Swedish side drew level, 18:18, with a Sebastian Karlsson rebound goal from his own penalty, before he scored another to give Sävehof the lead.

18-year-old Emil Berlin played the entire second half at right back, after first choice Gzim Sahili received a red card, and looked very comfortable, scoring three goals and setting up a nice in-flight goal as Sävehof built their advantage.

Rabotnik responded by playing 7vs6 in attack, forcing their opponent’s defence back, but whenever they found a way through, they were often thwarted by Icelandic international Agust Elí Björgvinsson in the Sävehof goal.

The hosts looked to be cruising towards the two points with a 25:22 lead before Rabotnik gave them one last scare, but the youngest squad in the competition kept their cool and held on for a one-goal win.

“It was two different matches, in the first and second half. I am impressed with our team, who stood strong together. We played with young Emil Berlin at right back in the second half, who probably played five minutes before this game,” said Sävehof coach Kristian Berndtsson.