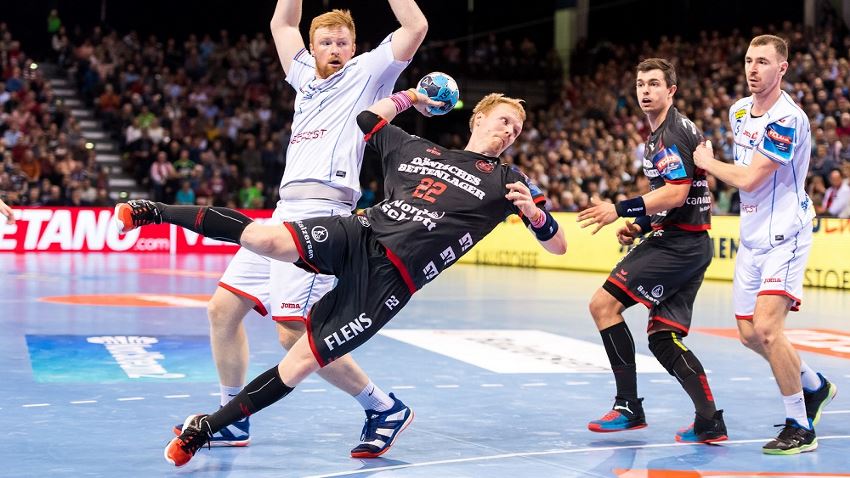 SG Flensburg-Handewitt did not only have a party for their 200th match in the EHF Champions League, but also celebrated their quarter-final berth by beating HC Meshkov Brest again, this time 30:20.

In April, the German side will face Telekom Veszprém HC and their former player Kentin Mahe for the ticket to the final destination, the VELUX EHF FINAL4 in Cologne.

Brest kept the match more or less open until 7:6, but then the Scandinavian trio of Hampus Wanne, Jim Gottfridsson (both from Sweden) and Rasmus Lauge Schmid (from Denmark) took control.

Flensburg easily forged ahead goal by goal and had all but secured the victory at halftime, leading 14:8. Added to their 30:28 away win from the first leg, the overall margin was eight goals, leaving Meshkov with a virtually impossible mission for the final 30 minutes.

In the second half, Flensburg decelerated a bit without losing full control of the match. And they could rely on their strong goalkeeper, Benjamin Buric, who saved many shots in one-against-one situations and from the wing. The biggest gap was 11 goals.

Like in 2017, Brest lost both Last 16 matches against Flensburg. SG proceeded to their sixth quarter-final in the last seven years. After the elimination of Rhein-Neckar by Nantes on Saturday, the 2014 VELUX EHF Champions League winners are the last German team in this competition.