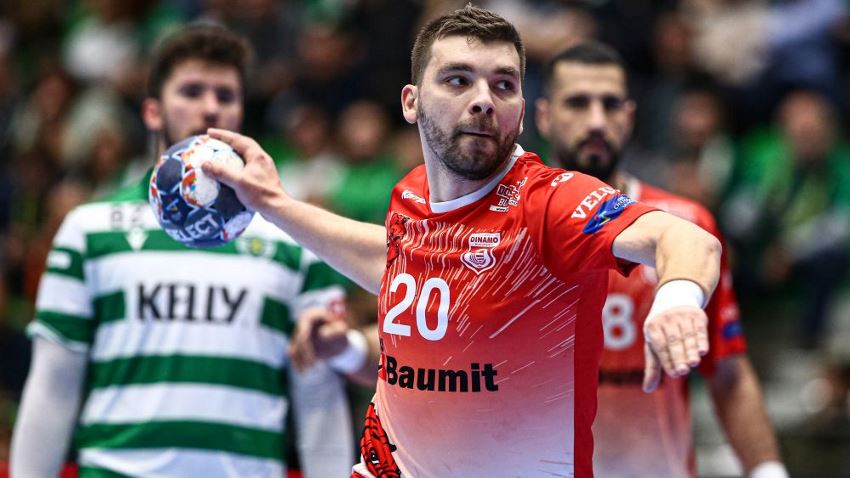 C.S Dinamo Bucuresti are closer to reaching the Last 16 of the VELUX EHF Champions League after winning 26:25 against Sporting CP at João Rocha Pavilion.

In a balanced game which had intensity and featured some inspired goalkeepers, one detail made the difference on the scoreboard.

With goalkeepers Aljosa Cudic and Saeid Heidarirad on fire, it was a nip-and-tuck game until almost the end of the first half.

Then, there was a blackout from Sporting, and with the help of three goals in a row from Tunisian Kamel Alouini, Dinamo Bucuresti held a 13:9 advantage at the break.

The hosts pressed harder, throwing off the second half with a 5:2 run that renewed the hopes of home fans. Left wing Arnaud Bingo scored four goals from four shots and helped the Portuguese team in a delicate moment in the game.

In a very important moment in the match when the score was 22:24, Dinamo had a counter attack through Raul Nantes, but a superb save from Skok prevented Dinamo's advantage reaching three goals. Carlos Carneiro's two breakthrough goals restored parity in the game.

An inspired Ante Kuduz restored the Romanian team's advantage, 26:25, and in the last attack of the match, Sporting could have equalised again, but Valentin Ghionea's shot hit the post. The former Dinamo right wing is Sporting’s best scorer in this Champions League season, with 59 goals. 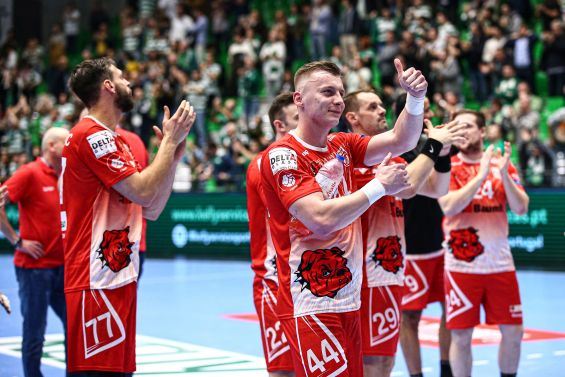 Next Sunday, the second leg will be played in the Romanian capital. Dinamo – who remain unbeaten in this season's VELUX EHF Champions League – will start with the advantage, but the Lions believe that they can once again eliminate them.

However, we played against a good team and I believe that the qualification will only be decided in Bucharest. We know Sporting CP very well because we played against them last season and they always play well in the away games,” he continued.

Sporting right wing Valentin Ghionea was not expecting Saturday night's reversal. He said: “Today was quite a difficult game for us because we didn´t expect the opponent to win. We prepared the game well but they were in better shape today."