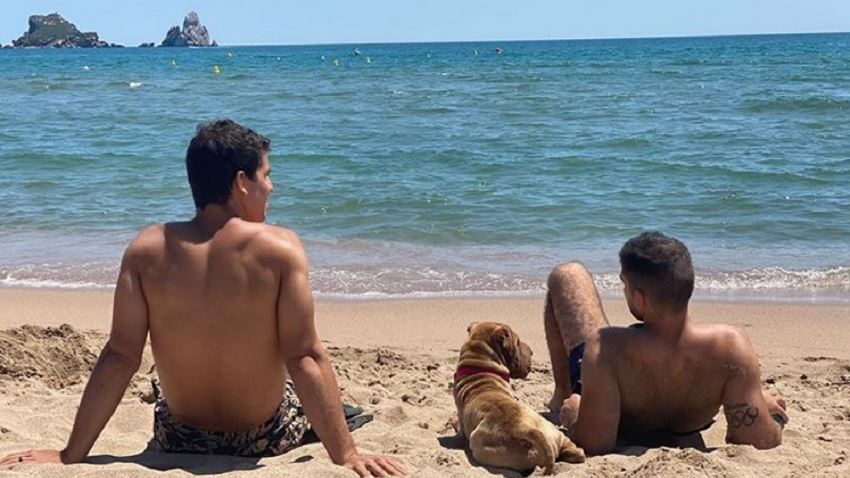 The last week in the handball social media world has seen players either getting some sun or getting back to work, as summer heats up and the new season draws closer.

Tuesday marked Olympic Day, and a number of Champions League players took to their Instagram accounts to reminisce about their experiences.

Veszprém centre back Mate Lekai looked back to the 2012 Games in London, when Hungary played for the medals, ultimately finishing fourth.

Rostov-Don shared some clips of their players celebrating Russia’s historic victory at Rio 2016, where they became the country’s first gold medal winners in any women’s team sport.

Spain goalkeeper Darly Zoqbi looked back to her participation in three different Olympic Games, including her first two as part of the Brazil team before she became a Spanish citizen.

Another big event over the past week was the announcement of the draw pots for the upcoming EHF Champions League season. A number of clubs looked ahead to the 2020/21 season draw, like two-time winners of the top-flight competition, Buducnost.

Speaking of next season, some are already hard at work towards it. Metz Handball wing Manon Houette returned to the gym to start her fitness training for 2020/21 this week.

Houette’s fellow France national team member Gnonsiane Niombla also got back to hard training in preparation for her upcoming season with Siófok in Hungary.

USA beach handball player Ebiye Jeremy Udo-Udoma is well known for his creative side on the sand court, and also applies that to his workouts. This week he shared a workout that fits his nickname ‘handball ninja’ perfectly.

#ThePerfectThrow The 3rd principle in #VibrateBounceCirculate is Circulation. While blood flow is important 😋 “Circulation” in this context refers to circular movements. Broadly; this encompasses rotational, spiral, spinal, whipping, cyclical, twisting, wavy, gyro, and coiling movements. In a handball related context, smooth and versatile throws are manifestations of a combination of sequenced circular movements throughout the body. In this video I am training with two units of The Perfect Throw Original, a biofeedback tool which helps athletes in throwing-based sports better understand how to develop efficient throwing related movement mechanics and easily repeat a powerful throwing motion. I got turned onto these by my @beachhandballdreamteam mate @scootnicho before I won my 2nd consecutive MVP in Mexico earlier this year and fell in love. For football quarterbacks and athletes in baseball, handball, water polo, volleyball, lacrosse, etc who compete in a sport requiring throwing look no further than the guys @revolutionthrowing

Although some are getting back to training, some are still wrapping up the season – and part of that is thanking fans for their support during it and looking ahead to the next installment together.

HC PPD Zagreb shared a special thank you to their younger fans, particularly those who come prepared with instruments.

Naša Leica 🧚‍♀️⁣ .⁣ .⁣ One big DRUM and a drum kit 🥁 are a MUST❗on a match!⁣ And... bonus points if the drummer is an adorable fan 🎀 ⁣ #WorldMusicDay #dedicatedtofans #be8player #experiencehandball⁣ Reposted from @be8player

You may not know it, but you have undoubtedly seen German photographer Sascha Klahn’s work before. This week, Klahn shared a photo of THW Kiel’s Sparkassen Arena, where the AKQUINET EHF Cup Finals 2019 were held.

The arena has been lit up in red in support of the ‘Night of Light’, a campaign designed to raise awareness of the difficult situation in the event sector as a result of the COVID-19 pandemic.

The evidence that summer has begun continues to build, and many players have been out enjoying some sun or sea over the past week.

Four-time Champions League winner Katrine Lunde enjoyed some summertime fun in the water with her family in Norway.

In Hungary, a few of the players for FTC Rail-Cargo Hungaria visited the lavender fields in Köröshegyi. Goalkeeper Blanka Biro shared a few snaps from the day.

VELUX EHF FINAL4 2018 MVP Diego Simonet spent some time at the beach with his brother and fellow Argentina national team representative Pablo, along with Mila the Sharpei – who has her own account you can follow.