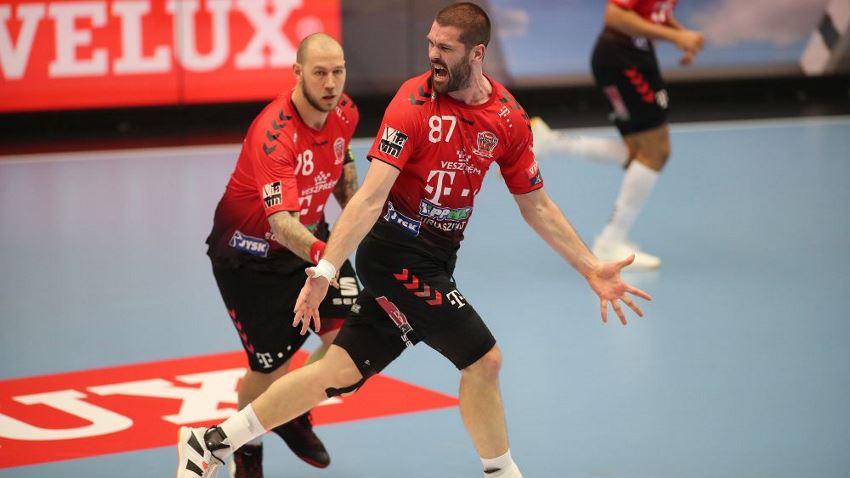 Veszprém prove too much for Porto

Two flawless runs – a strong 5:0 start and another 7:1 spurt in the second half – served as benchmarks for Telekom Veszprém’s fifth win in a row in the VELUX EHF Champions League, 31:24, as surprise package FC Porto had no answer for the Hungarian champions.

The Portuguese side were never in a position to challenge their opponents and recorded their worst home loss of the season.

It was the first outing for Porto in the VELUX EHF Champions League since nine of their players lifted Portugal to a record sixth-placed finish at the EHF EURO 2020 in January.

Their morale was surely buoyed by that fact, but Veszprém were another type of team – a multi-national powerhouse that left no stone unturned in their pursuit of first place in group B.

However, things did not go as planned for Porto, who did not score their first goal until nine and a half minutes in.

Veszprém boasted a 5:0 lead after eight minutes, as Porto were left flabbergasted in attack and could do little in defence to stop the Hungarian side.

Yet Porto’s relentless ambition helped their defence respond, and a pair of steals fueled a 3:0 run that eased the Portuguese side back into the game. 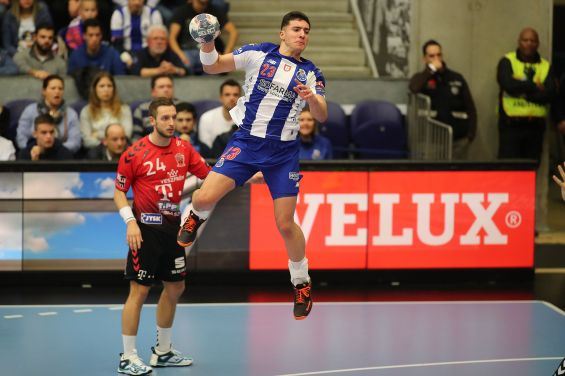 But Veszprém’s defence had their best outing of the season, conceding only nine times in the first half.

Limited to a 35 per cent attack effiency, Porto were down by five at the break, 14:9, which set up a difficult second half for the ambitious Portuguese side.

Back in the lineup after an injury lay-off, Hungarian playmaker Mate Lekai led Veszprém in the first half, but the Hungarian side hit a snag in the first 10 minutes of the second half.

A 6:2 run to start the second half saw Porto reduce the gap to one goal, 16:15, but that was as close as the Portuguese side could get.

Six different players scored for Veszprém as they replied with their own 7:1 run, leaving Porto in a hole that they could not escape from.

As coach David Davis ushered new players into the fold in the dying minutes of the game, Veszprém still held a comfortable lead and ultimately won their fifth game in a row, 31:24.

With their fifth win in a row, the Hungarian side reduced the gap on group leaders Kiel to only two points.

The two powerhouses clash on Wednesday in Kiel, while Porto travel to Kielce next Saturday.

🤔The best method for a goalkeeper from a penalty is to distract the shooter? Check out Thomas Bauer's interesting approach here. 😍 #veluxehfcl #ehfcl #PORVES pic.twitter.com/5HYEqel56J

Veszprém head coach David Davis said: “This season it’s complicated to come to Porto to play. I feel lucky and happy that I made it through the first round.”

Porto head coach Magnus Andersson was disappointed by the loss, but he thinks Saturday's opponents can potentially go all the way in this season's competition.

He said: "It’s been a year-and-a-half that we have been playing at this level and today I’m disappointed. Veszprém are a fantastic team and they have a chance to win the Champions League this year.”