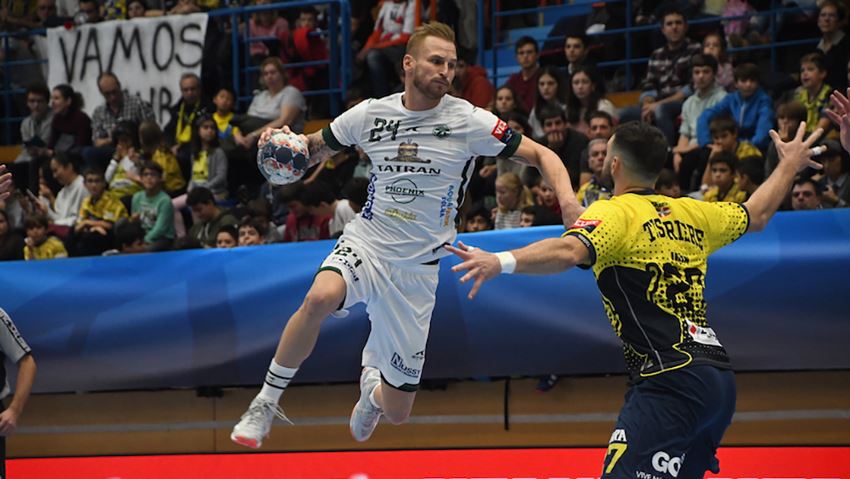 Irun save a point after superb comeback; Sävehof secure second in group C

Saturday was an important day in group C of the Velux EHF Champions League, TATRAN Presov were leading by six-goals with 11 minutes to go, but Bidasoa Irun mounted an amazing comeback to salvage a point, after a 27:27 draw. In the other match in the group Sävehof pushed their way past Cocks

Bidasoa are still first in the group, with 12 points, but they now have only a two-point gap ahead of Savehof, as Presov’s chances for an elimination play-off berth are becoming slimmer by the round. IK Sävehof controlled the whole match against Cocks and won two points at home with a strong-minded game plan which they executed perfectly.

Defence was key in Bidasoa’s quest for perfection this season, with the Spanish side boasting the fewest number of conceded goals in the competition, 144 in the first six games, an average of just 24 goals per game.

The attack was complementary up until this point, but it was slow to start the game against TATRAN, as the Slovakian side jumped to a 6:3 lead with the hosts struggling during an eight-minute goalless stint.

A well-taken time-out from Irun’s coach, Jacobo Cuetara, instilled some defensive spirit into his side, while correcting a fair bit of his team’s attacking issues, with French left back Leo Renaud-David scoring three times in eight minutes to cut Presov’s lead, 9:8, after 23 minutes.

TATRAN then took a time-out of their own which kick-started another run from the Slovakian team, who relied heavily on left back Lukas Urban. TATRAN boasted a 15:12 lead at the break, which is only the second time this season that Bidasoa have been trailing after 30 minutes this season.

The Spanish side, a robust and physical team, have performed better in the second half in previous games this year, however it looked like that was not the case this time.

Despite Kauldi Odriozola Yeregui’s efforts, Irun struggled to stop Presov’s attack, as their goalkeeping efficiency was down to a measly 23 per cent after 45 minutes.

With a four-goal cushion, 21:17, Presov were starting to think about a third win in a row and another time-out for Irun did not help the hosts.

An 8:2 run to end the game was enough to preserve Bidasoa’s unbeaten status, with the Spanish side now sitting at the top of the group with 12 points, with five wins and two draws. Meanwhile, Presov still sit in fourth with only five points.

It was strong start from Cocks but it was not long before the home team took control as their defence and goalkeeping stepped up.

From the 10th minute the Finnish side could only watch as the hosts maintained a two to three goal lead.

The flow of the game did not change in the second half despite the cocks catching up with Sävehof on the scoreboard, despite this there was always a Sävehof player who was able to score and keep them in the lead.

Christoffer Brännberger and Sebastian Karlsson’s goals made the difference while William Bogojevic’s saves were crucial in order to keep the lead.

As the distance between the two teams continued to grow, the result was a foregone conclusion long before the final whistle.

After the match Sävehof coach Kristian Berndtsson noted his team needed to perform at a high level.

"We know that Cocks are a good team and if we wouldn’t perform at a high level we would have had problems. We fought well today even though the details in our game weren’t the best. We fought well and had Agust in goal, who saved us a number of times."

Only the win would have seen Sporting remain in the mix for a play-off spot for the second consecutive season and the Portuguese side knew that from the throw-off.

As Rabotnik lost all three away games this season and the Portuguese side was unbeaten on home court, Sporting only had trouble in the first seven minutes.

A 7:1 run between the 15th and the 28th minute sealed the deal for Sporting, who jumped to a 16:9 lead that proved to be unassailable.

Left back Pedro Veitia Valdez and playmaker Carlos Ruesga led the charge for the hosts, scoring seven times between them, as Sporting were cruising to a 17:11 lead at the break.

Rabotnik relied once again on their top goal scorer, Ukrainian left back Vladislav Ostroushko, but his eight goals could not deter Sporting.

The Portuguese side looked tired, as Rabotnik cut the gap to four goals, but Sporting’s experience was the key ingredient for their win. 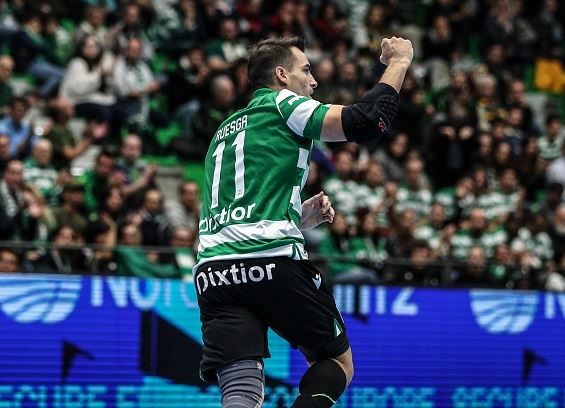 The 36:26 win was both the biggest ever in the VELUX EHF Champions League for Sporting, but also the match with the highest number of goals scored by the Portuguese side in the competition.

Sporting right back Marko Vujin called it a "quality game" from his team: "I think we started very well. Now, we want to go step by step.”

Stevce Alusevski, coach of HC Eurofarm Rabotnik, said his team "made many mistakes and Sporting CP have more experience in Europe. The result does not reflect the quality of our team.”

Sporting are still third in the standings, one point behind Sävehof, while Rabotnik have no mathematical chance of proceeding left.