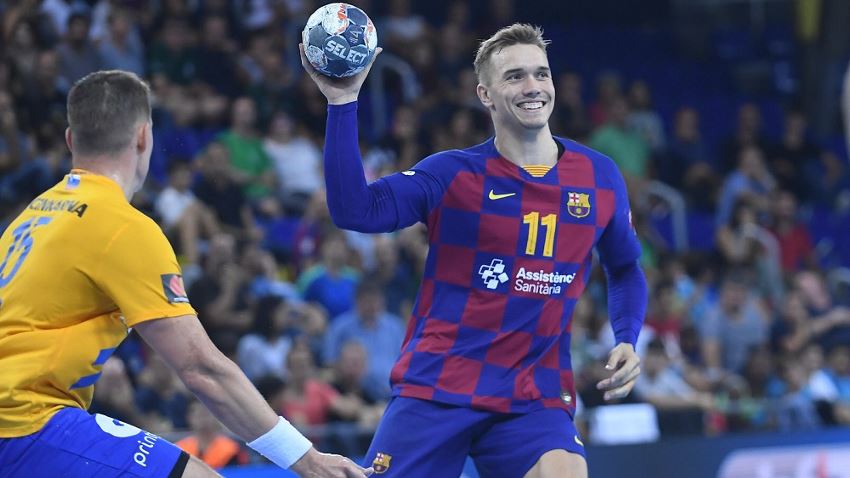 Barça will be the odds-on favourites when the Spanish side takes on SG Flensburg-Handewitt in the Match of the Week of round 9 on Saturday at 20:00 CET (live on ehfTV.com).

In the first meeting between the two clubs in round 6 of the VELUX EHF Champions League 2019/20, Barça left Germany with a clear 34:27 victory. Also, seven points are separating the teams before their second encounter.

“Of course, we should look at what went well and what went wrong in the first match, and we should obviously take the positive things with us from that match, but we should not think too much about those seven goals,” says the 25-year-old versatile backcourt player, who has lately done particularly well as right back in the Barça attack.

“There is no doubt in my mind that Flensburg will be arriving with fresh energy and the determination to avoid another clear defeat, while we will obviously go for another win,” Andersson adds. “I am looking forward to the match, but I definitely do not expect it to be easy.”

Currently, Barça are sharing the lead in group A with Paris Saint-Germain Handball, both on 14 points from eight matches, with MOL-Pick Szeged one point behind in third. Flensburg are fifth with seven points.

Barça started their present Champions League campaign with a 31:28 away defeat to Szeged, but have since taken seven straight wins.

“We played a terrible first half in Szeged, and that was the reason why we lost that match,” Andersson says. “Since then, we have really been able to stabilise our game, and we have played really well lately. We have many players who are fit, and that is an obvious advantage.” 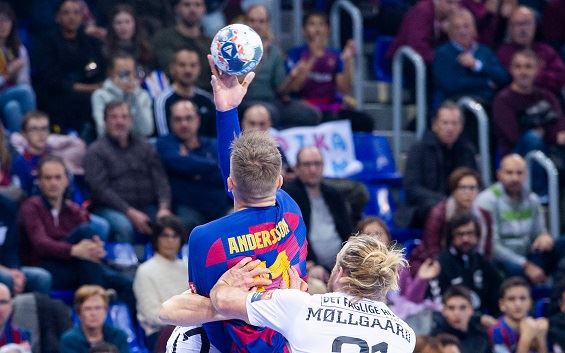 The winning streak has put Barça in strong position to claim the No. 1 spot in the group.

“First of all, skipping the Last 16 would mean more time to recover physically and mentally between matches,” Andersson says. “But proceeding directly to the quarter-final would also eliminate an element of insecurity as the Last 16 can be tough hurdle, which we have seen several times in recent years.”

Success on the right back position

Andersson has got quite a lot of court time lately - but, for the natural left back, in the rather unusual position as right back.

“I play where the coach puts me and where I can help my team, so to me, it is OK to play right back,” he says. “I feel in good shape, and as we have many players and the competition is keen, I am happy with the court time I get.”

Andersson has proven his value at both ends of the court, as his defensive qualities are top-level as well.

His good performances will not have gone unnoticed with Denmark’s national team coach Nikolaj Jacobsen, who will soon nominate his team for the Men’s EHF EURO 2020 in Austria, Norway and Sweden in January.

Considering his current form, Andersson could be in for a comeback for his country. Competition on the right back position in the Danish team is not as tough as on the other side. Also, his defensive qualities might come in useful as well.

“I do not give the EURO many thoughts yet. After all, the decision is up to the national coach,” Andersson says. “I focus on doing as well as I can for Barça, and then, I will simply have to see where that takes me. I cannot do anything more than that, the rest is up to the coach.” 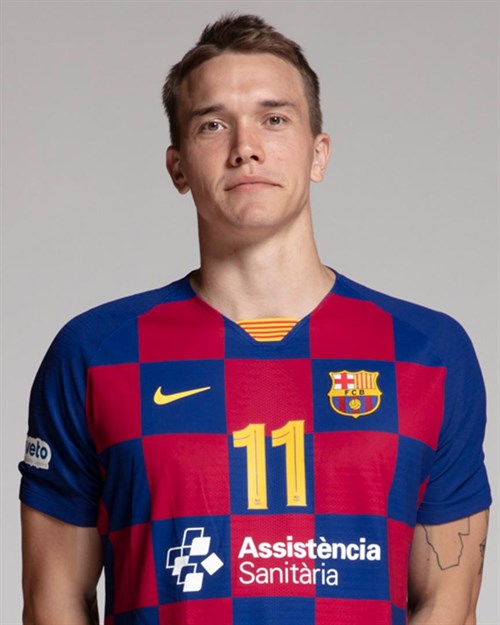