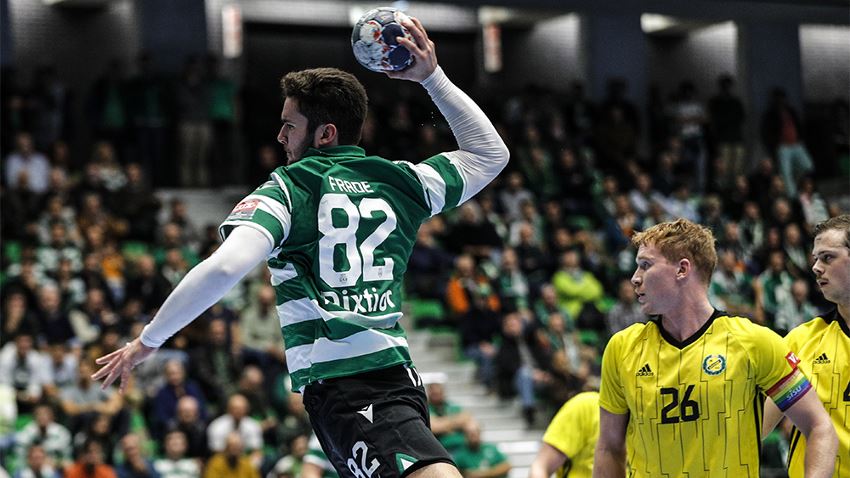 Sporting secure spot in the elimination round

Eurofarm Rabotnik did not manage to climb off of last place in the group, but the Champions League debutants bowed out with a surprising 25:23 win at home against Bidsasoa Irun who were undefeated before this match. Bidasoa had a five goal advantage at one point, but Rabotnik managed to complete the comeback and win the match. Sporting booked the last ticket for the elimination matches in February. IK Sävehof would have been through with a draw, but the Portuguese team won securing their spot. Through an 11-goal win on home ground against, TATRAN Presov finished fourth in Group C of the VELUX EHF Champions League.

In the first half, there was no sign that Rabotnik would pull off a surprise and cause Bidasoa there first and only defeat in the group phase.

Despite having secured top spot in the group, Bidasoa seemed eager to finish the group stages undefeated and appeared extremely motivated from the start.

Their French left back, Rudy Seri caused the Rabotnik defence numerous problems, as Bidasoa took a five goal lead, 15:10, shortly before the break.

However four straight goals for the home team managed to limit the distance to only one goal at half time. Rabotnik then came out and opened the second half by taking the lead. 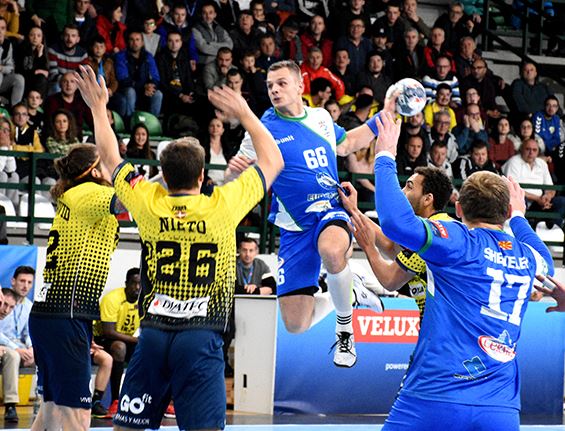 Their lead then increased to a two goal margin, a lead that the Macedonian Champions League debutants held onto until the final buzzer.

Rabotnik player Goran Kuzmanoski reflected on a debut campaign in the Velux EHF Champions League "Thanks for the fans tonight and during all the season. Our first champions league season was good, we played for the first time and it’s not easy to play against teams with more experience".

An incredible atmosphere at the Pavilhão Joao Rocha in Lisbon, gave Sporting the support they needed to secure the victory against Sävehof.

A draw would have been enough for Sävehof to secure their spot in the elimination round, but aside from opening minutues, when the scores were level at 1:1 and 2:2, the Swedish champions never seemed like they could secure the necessary result to progress.

The Swedish teams aggressive defence only caused Sporting temporary problems in the rather low-scoring match. However, at the same time, Sporting's own defence functioned well, as did Aljosa Cudic in the Portuguese goal.

Taking the initiative from the start, Sporting were able to take an early three-goal lead at 6:3. The lead then increased to a five goal margin and by half time, the hosts were still five goals up, leading 14:9.

Sporting continued to dominate the game in the second half, getting eight goals ahead several times, before securing the win with a seven-goal lead, which was more than enough to secure the elimination round berth.

After the game Sporting coach Thierry Anti praised his team and acknowledged how good his team was to beat a good Sävehof side “One of the keys of this game was our defense because IK Sävehof played well. We played at home and that is a big advantage too. Today the result is normal but it does not show the real level of IK Sävehof. I have watched a lot of games by IK Sävehof and today our defense broke their attack”

TATRAN Presov did not only get their revenge for the 29:27 defeat to Cocks in the reverse fixture in Finland earlier in the competition they also jumped ahead of Cocks in the standings.

The Slovakian champions managed to jump into fourth place in the final league table, by defeating their opponents in the Tatran Handball Arena this Saturday.

Presov had the advantage from the start, and by navigating themselves to leads of 9:6 and 11:7 put themselves in a good position to win the match. Presov had a five goal lead several times during the first half.

From a four-goal lead at half time the home team, under head coach Slavko Goluza, gradually increased their lead in the second half, until they were 11 goals up at the final buzzer.

"I was not happy with how we opened the match as we were not strong enough in defence and lacked aggression.  However, we made up for it in the attack by playing fast and creating chances. All in all it was a good match today," said Presov coach Slavko Goluza.