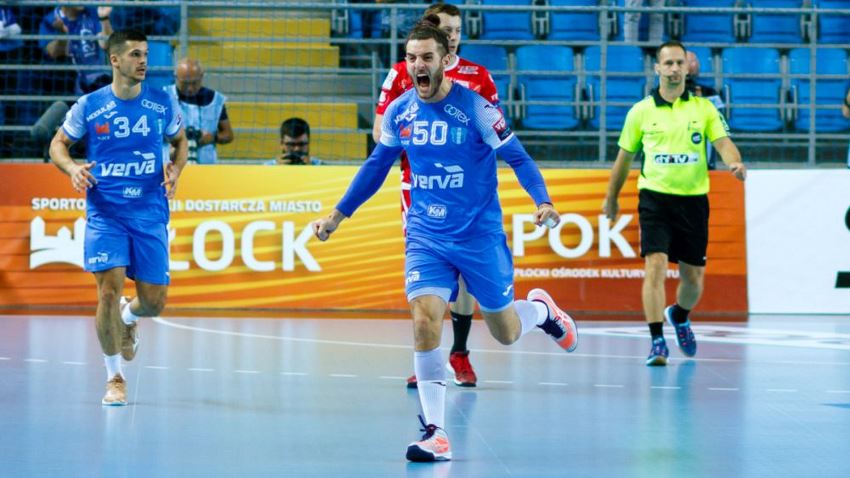 Dinamo Bucuresti are still in top and undefeated in Group D of the VELUX EHF Champions League after drawing 26:26 away against Orlen Wisla Plock. Bucharest were leading by two goals with less than two minutes left, but Plock caught up after all.

Neither team were really able to take the initiative in the match, and as a result, the lead changed often during the 60 minutes. Bucharest were three goals up at 5:2 and 7:4, but with five goals in a row, Plock got ahead 9:7.

Plock coach Xavi Sabate was not pleased with the result and said: "We are not happy about his one point, but we have to be satisfied, because Dinamo had this game in their pocket. Today we made a lot of technical mistakes, when played with one player more. In this competiton, when you have such a chance, you have to take it."