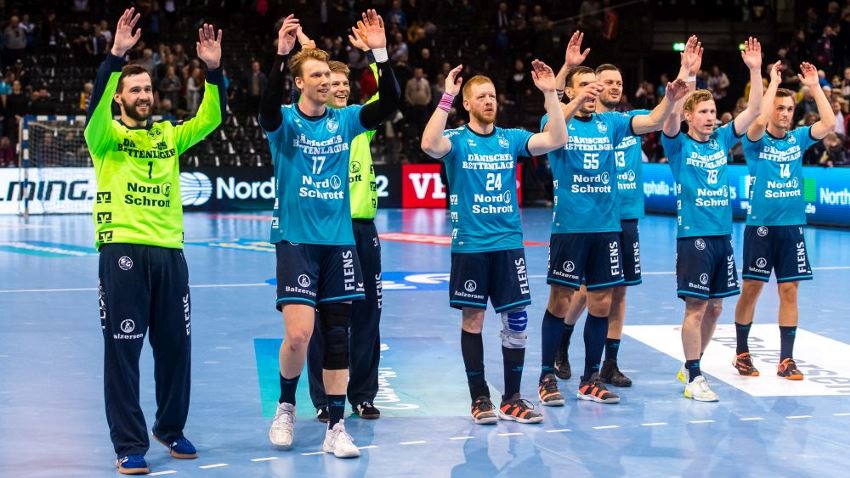 After beating Paris Saint-Germain in a sensational Match of the Week on Sunday, adding a tenth straight game to their invincibility record in the VELUX EHF Champions League, Szeged travelled tonight to the North of Germany to play against Flensburg.

Not the easiest of opponents, though, as the first meeting ended as a draw between the two sides (24:24). Add to that the fact that Szeged’s have lost their last two trips to Flensburg, you could imagine the task the Hungarian team was facing.

The first half could be summed up by its last ten minutes. Before that, both teams have been more or less playing on the same level, with Jim Gottfridsson being the top player for Flensburg. On the other side, Stanislav Kasparek was making a good impression, for one of his rare apparitions.

But then it all crumbled for Szeged. Turnovers, missed shots, everything started to go wrong and the hosts were just too happy to use these opportunities. With Magnus Joendal and Michal Jurecki at the wheel, Flensburg broke away on the scoreboard.

They took as much as a six-goals lead, which is the gap they had at the break, thanks to a last-second goal by winger Marius Steinhauser (17:11).

Things did not get any better for the visitors in the second half. Despite Joan Canellas taking on leadership, just like he did against Paris on Sunday, this time, Szeged could not stop Flensburg’s offensive thunder.

Simon Jeppsson on power-play, Holger Glandorf or Magnus Joendal, the danger was coming from everywhere and, logically, the gap grew even bigger, reaching nine goals at the 39th minute (25:16).

From then on, it was clear that the game was decided, as never Szeged were able to catch any momentum. Benjamin Buric ruined the last Hungarian hope to finally help Flensburg win 34:26 .