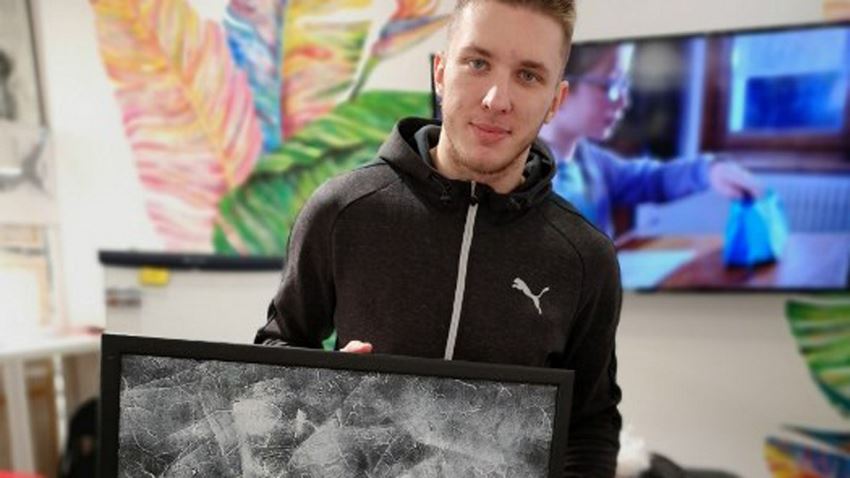 Mikita Vailupau, a scorer… and a painter!

The 24-year-old right wing Mikita Vailupau was the hero of the day, scoring 12 goals – including 11 in the second half.

“We had a huge desire to win, and the victory is like a breath of fresh air. Now the atmosphere in the team has improved, everyone works twice harder than before, and our chance to progress from the group has improved,” Vailupau told ehfCL.com.

However, Brest have a lot of work to do. After nine matches, the Belarusian champions have only four points and are in seventh place in group B, five points shy of sixth-placed Vardar.

Vailupau has his own explanation for a streak of poor results early in the season.

“A handball match lasts 60 minutes, and in many games, we played well for 40 to 50 minutes but then slowed down. Probably our physical shape was not good enough. We made bad mistakes and were punished for them by big European clubs,” he said. 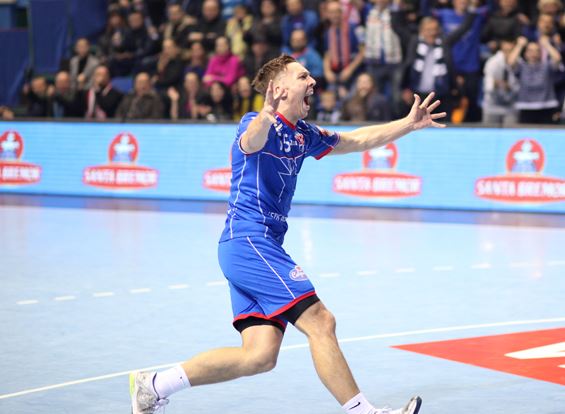 The Belarusian international is in his debut season for Brest after moving from domestic rivals SKA Minsk in the summer, and he seems to have settled quite well.

“At first I had some problems with communication, since we have many foreign players and coaches, and I lacked English skills as I didn’t have any language practice at SKA. But now it’s better, and I feel very comfortable in the city of Brest,” he says.

In early October, Vailupau had a great individual moment in SEHA League, scoring 20 goals against Metaloplastika in a match where Brest played without many key players and lost 35:33.

Yet the right wing got more positive emotions from the match against Vardar.

“I had great support from my teammates and scored 12 goals, but the most important thing is that my team won. At Metaloplastika, I scored 20 goals, but we lost, so the feeling was not so good,” Vailupau explains.

“I suddenly felt an urge to paint”

Vailupau’s life does not revolve exclusively around handball. He has an unusual hobby, as he paints pictures in the style of abstract expressionism.

“It started in the summer of 2017, when I suddenly felt the urge to paint. With my mom, I went to an art store and bought paints and canvases,” he recalls.

“Since then, I’ve created about 70-80 works. I’m an amateur, so I don’t do it on a regular basis. Sometimes I paint two pictures a day, and sometimes nothing for the whole month. But thanks to my hobby, I have no problems choosing birthday presents for my friends – I always give them my paintings.”

Before the match with Vardar, Vailupau’s works were displayed at Brest’s arena, and the exhibition is continuing at one of the most popular cafes in the Belarusian city. The money earned through sales will be donated to charity. 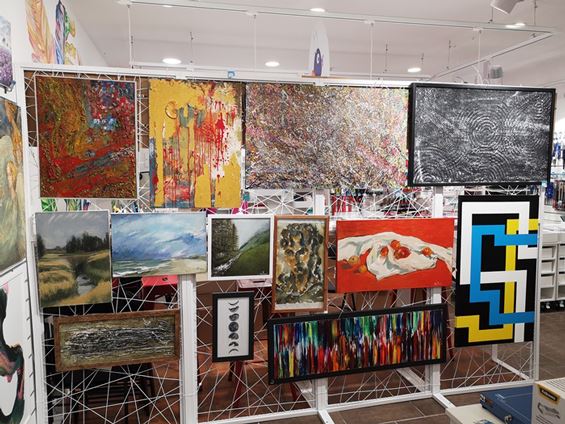 “Handball and art have much in common”

Vailupau was born in Vitebsk, just like the famous artist Marc Chagall, yet his favourite painters are Jackson Pollock and Kazimir Malevich.

“I prefer modern art, and when I lived in Minsk, I visited many exhibitions. It’s interesting to see what ideas people have in their heads and how they express them in their art,” he says.

How do Mikita’s teammates react to his unusual hobby?

“Probably they think I’m a weirdo,” he says with a smile. “I have a unique hobby – I don’t collect motorcycles or weapons, but come home after training and paint, and in their eyes, it’s hardly compatible with such a masculine sport as handball.”

However, Vailupau himself finds a lot in common between art and handball.

“Look, the court is rectangular, and the canvas too. A team makes a game plan, and a painter makes a sketch. Then a coach chooses his line-up, and a painter picks colours. And then you either have success or not,” he concludes.