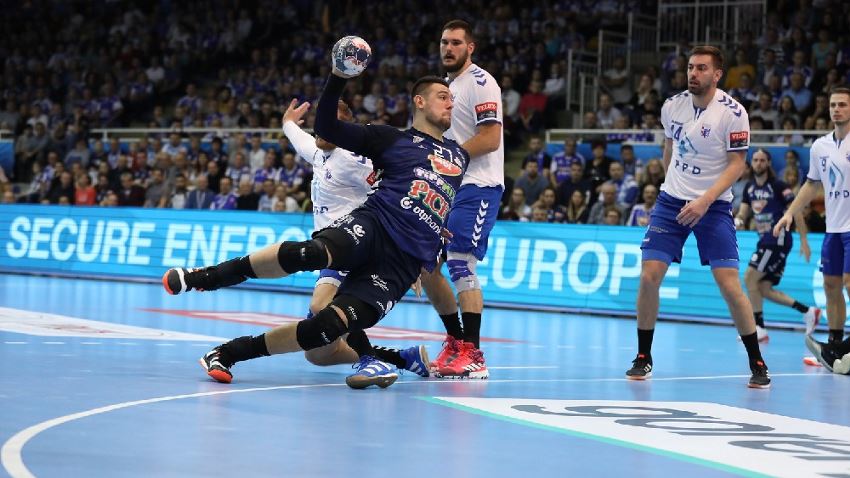 MOL-Pick Szeged’s line player Bence Banhidi, who turned 25 last week, is one of the most important weapons of the Hungarian side.

And of the Hungarian national team, as he showed at the EHF EURO 2020 in January when he was named in the All-star Team. The 2.07m tall line player was the leading scorer for Hungary, netting 32 times from 42 shots.

But Banhidi was also the main pillar in defence as he spent five and a half hours on the court in seven matches.

Another highlight is approaching fast for Banhidi: Szeged are hosting Paris Saint-Germain HB in the Match of the Week on Sunday (live on ehfTV.com at 17:00 CET).

It’s the duel between the second- and third-ranked teams in group A, both on 18 points, two less than leaders Barça.

"My coaches thought that I could be a great sharpshooter"

While Banhidi will star as a line player again on Sunday, it took him a long road to get there.

First of all, as a kid he wanted to be a football player though children with similar height and strong physics would rather go playing basketball. Or handball. At age 12, he was invited to his first handball team.

“Back then, it was only a hobby for me. I mostly went to the practices as my new friends were there and the vibe was always great,” Banhidi recalled. “Because of my height, my coaches thought that I could be a great sharpshooter," said Banhidi in a long interview with Hungarian sports outlet Nemzeti Sport.

In the beginning of his career, when he was signed by Balatonfüred after one season with Györ, Banhidi was questioned for his lack of stamina. It only motivated him to work harder and this kind of work habit has stayed with him since.

Banhidi got his first nickname in this period, as his coach in the city next to Lake Balaton called him “Little Bodo.”

Richard Bodo, the two-year-older back, also used to play under coach László György’s the two tall Hungarians are now the leaders of their club Szeged and the national team of Hungary.

"I feel like I was born to be a pivot"

Banhidi’s career got a boost when he finally landed on his current positon of line player.

“I was only struggling as a back in my first season. Due to an injury in a certain game, the coach sent me in as a line player,” said Banhidi, who has completed an education at the law enforcement academy.

“Since then, I feel like I was born to be a pivot. I enjoy every little part of it, like being rough, hustling, even brawling sometimes,” he said to Nemzeti Sport. “I like to be saucy although this position is the toughest in my opinion.” 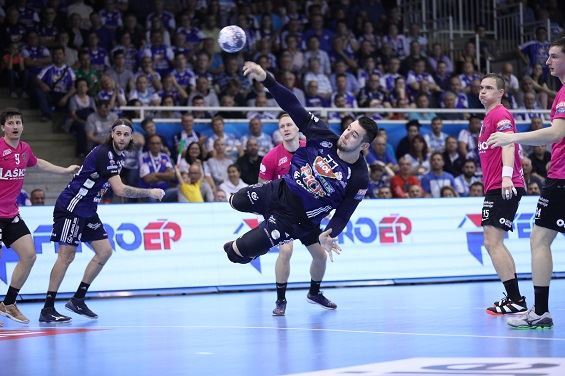 His favourite move on the line?

“Turn onto the goal with a defender on your back, it gives me strength and power,” said Banhidi, who was named Player of the Year in Hungary in 2019.

As a teenager, Banhidi had Marian Cozma and Julen Aguinagalde as his first heroes. Ultimately, László Nagy became his idol, even though the current vice-president of the Hungarian handball federation played in a different position.

“I noticed him even at his younger age,” Nagy told nemzetisport.hu when asked about Banhidi. “We were opponents many times and I saw the possibilities in his game and skills. He still has to learn a lot but most importantly he started to feel the game.”

Pastor: "Bence is an unpolished diamond"

“I had heard a lot from (Juan Carlos) Pastor back then, when I played in Balatonfüred and met players from Szeged at national team events,” Banhidi said. “Szabolcs Zubai told me that my jaw will drop from what I will learn from the Spaniard.”

Pastor, the coach who led Spain to the world title in 2005, knew from the beginning that Banhidi is unique.

“I wanted him in our team and thankfully we signed Bence rapidly,” Pastor told Nemzeti Sport in the same interview. “I was sure that he is an unpolished diamond and we have to work a lot together but you do not find often a talent like him with this excellent skillset.”

“Of course there are still some points to improve in his game, but the most important is that he needs to stay with two feet on the ground,” Pastor said to the Hungarian sports outlet.

And Banhidi? In Sunday’s Match of the Week he wants to add to his current season tally of 47 goals in the EHF Champions League, which included an 11-goal outing at Aalborg Handball in October.

The first version of this news did not mention Hungarian sports outlet Nemzeti Sport and its journalist Szabolcs Vincze as the source for the quotes. This has subsequently been corrected and a apology has been issued. 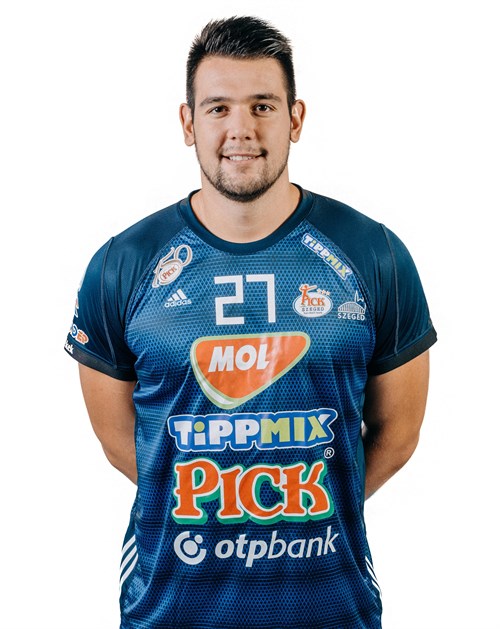