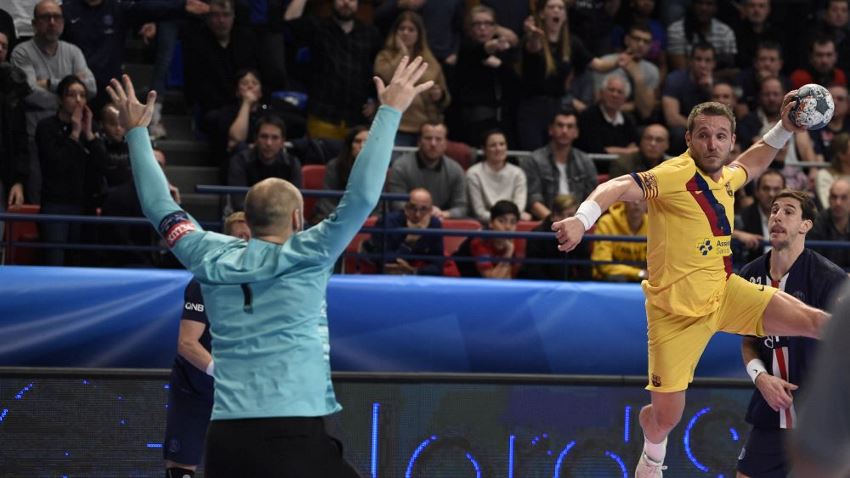 The last VELUX EHF Champions League Match of the Week of 2019 was a highly anticpated top-level clash in group A between Paris Saint-Germain HB and Barça.

Before round 10, both PSG and Barça were level at the top of group A, with 16 points, and a win for either side would ensure that they were in first place heading into the winter break – after Szeged had temporarily leapfrogged both teams by beating Zagreb on Saturday.

If you are a fan of NBA basketball, with the rhythm both teams played at and a lot of goals scored after one or two passes, you probably enjoyed this Match of the Week between PSG and Barça.

Although both teams held a three-goal advantage in the match, the matter was not decided until the final minutes of the game.

PSG built their lead in the first half thanks to saves from Rodrigo Corrales and Sander Sagosen's goals.

After 17 minutes, the hosts were ahead 12:9. But Aron Palmarsson and Luka Cindric’s arrival on the court helped the visitors remain in the game, and everything was still to be decided in the second half, with Paris only leading 17:16 at half-time.

Barça came out of the locker room stronger for the second half, scoring four straight goals to take a three-goal lead, but that was only momentarily.

The rest of the second half saw Mikkel Hansen and Luka Cindric trading goals, while Gonzalo Perez de Vargas made important saves for Barça.

With five minutes to play, the two teams were still level, but Paris made a couple of mistakes that would cost them the two points.

Both teams’ coaches were keen on acknowledging the quality of the game. Barça’s Xavi Pascual stated: “this was one of the best games to watch on television. The difference was made on details, like goalkeeper saves in the end.”

On the other side, PSG's Raul Gonzalez noted that his team “had missed Nedim Rémili. We missed having a right-hander in the back court. We tried to play with seven court players but that didn’t work well. We’re disappointed, but we still have four more games to play and hope for the first spot.”