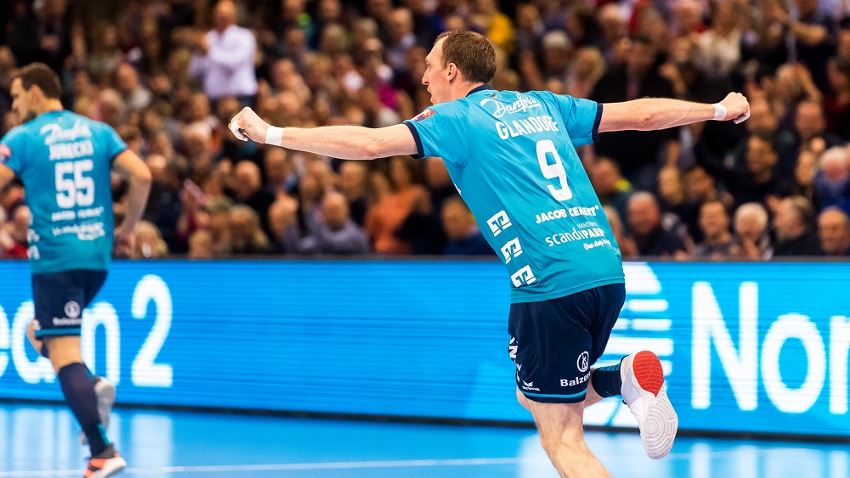 Glandorf: “Every title has its own story”

Six years ago, Holger Glandorf had a ‘flensational’ weekend in Cologne. The right back was a core part of another fairy-tale story at the LANXESS arena.

In 2014, SG Flensburg-Handewitt became the first debutants to win the VELUX EHF FINAL4. After beating FC Barcelona in the first ever penalty shoot-out in the semi-final (41:39), they defeated arch rivals THW Kiel 30:28 in what is still the last all-German EHF Champions League final.

Glandorf, the 2007 world champion, had a major impact on this success. He was the best scorer in the semi-final, alongside Steffen Weinhold, as both scored eight goals, while Glandorf produced the crucial strike that sent the match into extra time, after Flensburg had been down by six goals.

The 2014 triumph marked Glandorf’s fourth European Cup trophy in six seasons, after winning the EHF Cup with HSG Nordhorn in 2008 and with TBV Lemgo in 2010, and the Cup Winners’ Cup with Flensburg in 2012.

The all-time Bundesliga top scorer with 2,406 goals from active play and two-time German champion was planning to retire after the 2019/20 season, with his new job in the SG Flensburg-Handewitt administration just about to start on 1 July.

But the COVID-19 pandemic forced the 37-year-old Glandorf, father of two sons, to end his career on the couch, not on the court.

ehfCL.com: Let us first look back at the VELUX EHF FINAL4 2014. What were your ambitions when Flensburg travelled to Cologne for their debut?

Holger Glandorf: We were the biggest underdogs. We were even happy that we had made it there. The quarter-final in Skopje was only decided with the last shot of the second leg, so we arrived in Cologne completely without any ambitions. Shortly before we had lost the German cup final, where we had been favourites, so Cologne was the last chance for a title - but we never thought of that.

ehfCL.com: The weekend seemed over even before the end of your semi-final…

Holger Glandorf: In the semi-final against Barcelona, ​​we were six goals behind eight minutes before the end, and our coach gave young players their chance to play. Our second goalkeeper, Kevin Møller, then saved brilliantly and we came closer goal by goal. Barcelona also started to rotate, being quite sure they had won, and suddenly they became more and more nervous.

ehfCL.com: Then you make the crucial goal which propelled Flensburg into extra time. What do you remember of this shot?

Holger Glandorf: I watched it a few times, as there were many highlight videos. But I don't really know how that happened. Tobias Karlsson opened a gap, I got the ball, and it was only a few seconds. I was just trying to get the ball onto the goal, and I even didn't see where the ball was going to.

ehfCL.com: Was that the most important goal of your career for SG?

Holger Glandorf: I scored so many goals, there were also a lot of important ones, but yes: it was definitely one of the most important ones. In extra time we had the momentum on our side, and in the penalty shootout it were mainly our young guns like Jim Gottfridsson, Bogdan Radivojevic and of course Hampus Wanne with the decisive goal.

ehfCL.com: Less than 24 hours later the big final against THW Kiel was on the agenda. How did SG prepare for it after this nerve battle in the semi?

Holger Glandorf: Especially the coaches hardly slept at night, as they prepared intensively the match against THW. In the previous games we had gotten closer and closer to Kiel, we felt that it was time to beat them now. And, of course, we carried the fun and the happiness from the semi-final.

ehfCL.com: But again you were down six goals.

Holger Glandorf: Yes, but we turned the match early this time. Our goalkeeper Mattias Andersson was outstanding - and the rest was just joy, bewilderment and surprise.

ehfCL.com: The day after the final, thousands of fans gathered on the market square and celebrated - was that the biggest handball party in Flensburg?

Holger Glandorf: At least it was the most surprising one, because we never expected that. Our Advisory Board Chairman Boy Mesenburg later spoke of the greatest title in the club’s history, exactly because it came as a surprise. Shortly before, we were extremely disappointed that we had lost the cup final, and then this weekend in Cologne happened.

ehfCL.com: Was the CL triumph your biggest title with a club?

Holger Glandorf: I don’t have a ranking. Every title was special, every title has its story. When I became German champion for the first time with Flensburg, it was something big, to defend the title a year later as well. Nobody could predict that we would manage to win a European Cup with a club like HSG Nordhorn. But a Champions League title obviously means a lot. 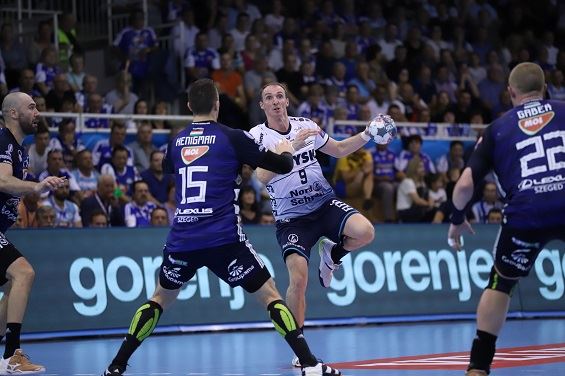 ehfCL.com: Seven years before the 2014 coup, you became world champion with Germany in the same LANXESS Arena in Cologne. Was that the highlight of your career?

Holger Glandorf: It was different again. Playing for the national team is special, becoming world champion is a dream, and of course the greatest thing is doing in your home country. These are pictures you will never forget.

ehfCL.com: Do you already realise that your career is now over, a few months earlier due to the pandemic?

Holger Glandorf: I hope that I can get a kind of farewell, that would be positive for the head and the emotions. But I have resigned myself to the fact that it’s over. I’ve sorted out a lot of things, picked up my training clothes from the hall. I see it all very pragmatically, I wanted to do it pretty quickly. After all, I had dealt with the fact that it will be over this year. I prefer to look ahead in a positive way and look forward to my future tasks. I missed a few games, but due to this I avoided a potential injury, that’s the positive thing.

ehfCL.com: On 1 July you will start your new job at the SG Flensburg-Handewitt office. What are your tasks there?

Holger Glandorf: I will first take a look at each area to get to know the processes, then we will see where I can get involved in the best way.

ehfCL.com: In 2015/16, when you were still a professional player, you were one of the first graduates of the European Handball Manager course from EHF and the German Sport University in Cologne. What will you use from this course in your new job?

Holger Glandorf: I hope I can use very much of it. It is now a matter of putting this theoretical knowledge into practice. I have built up many contacts through the course. The studies were a great thing, I think I can really benefit from them.

ehfCL.com: That means you see yourself rather as a handball manager than as a coach?

Holger Glandorf: I decided it early, I do not even have a coaching license. Maybe I will do some youth coaching but not as a full-time job. My two sons play handball, only in the garden at the moment, maybe I can teach them something. 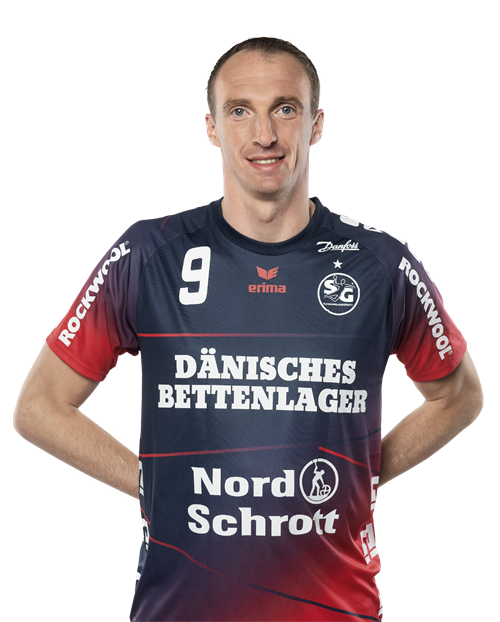