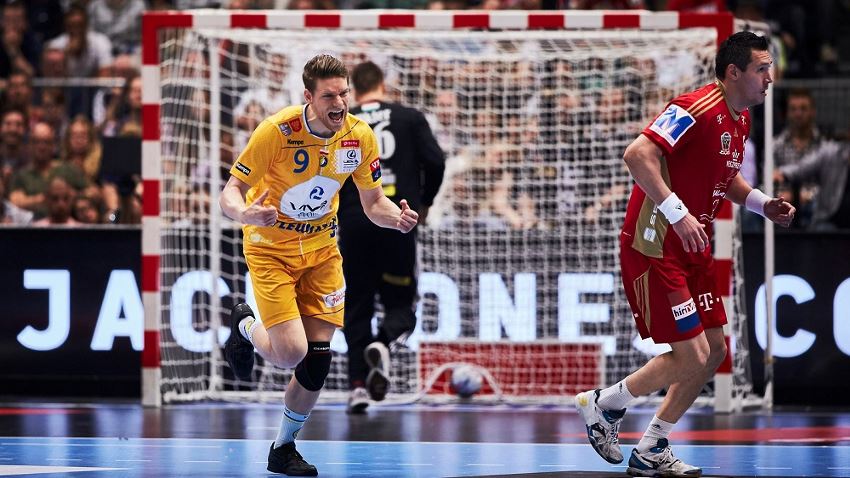 The stroll through European handball’s past hits one of the best-ever VELUX EHF FINAL 4 memories, as PGE Vive Kielce and Telekom Veszprem HC clashed for the big prize in 2016.

It was a topsy-turvy game, despite no lead change during the first 69 minutes of the game. Veszprém looked in control, only to let a monster nine-goal lead slip in the final 15 minutes of regular time.

Kielce bounced back, had to come back once again in extra time, but ultimately clinched their first VELUX EHF Champions League title following penalty shots, in the highest scoring final ever, 39:38.

All four matches of the VELUX EHF FINAL4 2016 will be streamed in full again this weekend (schedule) on the EHF Champions League Facebook page and YouTube channel, with the final running on Sunday (10 May) from 18:00 CEST.

Both teams finished the group phase in second place in their respective groups, followed by straightforward wins in the Last 16.

However, it took grit and a tough fight for both in the quarter-final, as Veszprém edged out HC Vardar 59:56 on aggregate, while Kielce won against SG Flensburg-Handewitt by 57:56, after a nip-and-tuck doubleheader.

At the VELUX EHF FINAL4 in Cologne, both semi-finals were superb. Home favourites THW Kiel put up a serious fight against Veszprém, with the Hungarian champions only securing their final berth after extra time (31:28) with their energy reserves being seriously depleted after a 70-minute marathon.

Kielce had their own issues facing ambitious PSG, yet ultimately secured a 28:26 win, despite being down by two with 15 minutes to go as their comeback prowess was already on display.

With only 13 minutes to go in the final, Veszprém seemed cruising to a dominant win and their first ever title in the VELUX EHF Champions League. Bigger surprises have been seen, yet it was farfetched to see Kielce bounce back from 28:20 down.

However, the Hungarian side only scored once during a 9:1 Kielce run, completed by Krzystof Lijewski scoring with only three seconds left to tie the game, 29:29.

Veszprém tried to bounce back in extra time, but after two five-minute halves, the game was still tied (35:35) as the two sides went to penalties.

The German right wing was Kielce’s hero, as he carried the team in crucial moments and spurred the comeback. Reichmann finished the game with nine goals, five of which came in the last 18 minutes of regular time.

It might have been a risky choice for a line player to shoot the decisive penalty, but Aguinagalde’s experience was next to none and he also had the proper ice in his veins to convert it.

During the game, the Spanish line player has also been superb both in defence and in attack and he also finished the game with five goals scored.

“Of course, this was very disappointing for the team and for Hungary. We had the title in our hands, but still we left with empty hands.” – Andreas Nilsson, Veszprém line player

Kielce took the slack by winning the trophy but spare a thought also for the defeated team.

Having lost the final a year before - against Barça - Veszprém looked set to finally clinch their first VELUX EHF Champions League trophy this time, only to see their dream up in smoke again after a heartbreaking end to the game.

There were 77 goals scored throughout the game and there were surely some superb ones, but it cannot get any better than the final penalty, converted by Spanish line player Julen Aguinagalde. The sheer joy on the faces of the Kielce players is just infectious.

Veszprém made it to Cologne again two times in the next three seasons - but failed to win the title once more. Most recently, they lost another final against Vardar (27:24) in the 2018/19 season.

On the other side, Kielce failed to defend their title the next season, being eliminated in the Last 16. But the Polish champions returned to Cologne in 2019, after a surprising win against PSG in the quarter-final.

However, Veszprém avenged their 2016 defeat with a 33:30 win in the semi-final before both teams lost their last game of the season: Veszprém the final against Vardar, Kielce the third-place game against PSG.

This was the first ever VELUX EHF Champions League final to be decided on penalties after the result was deadlocked in regular time.