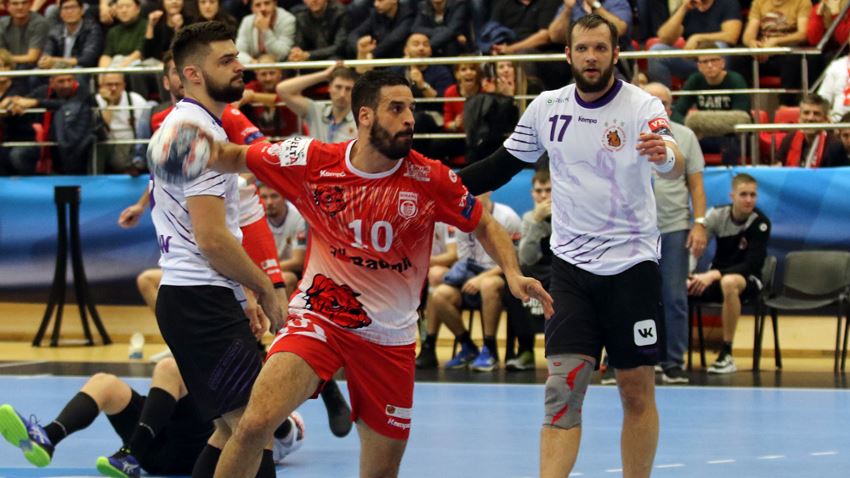 Chekhovskie medvedi were leading by four goals away against fifth-placed C. S. Dinamo Bucuresti at one point, but the side from Russia were not able to hold on as Dinamo powered back to secure the group with an 11-goal victory, thanks to a blistering second half opening featuring five unanswered goals.

When the two teams met in Russia on 12 October, Dinamo won 30:20, but from the start of this second clash, in Romanian capital Bucharest on Wednesday evening, Chekhovskie
seemed to have learned a lot from the first match.

The visitors from Russia were the more successful team for the first 20 minutes, leading 8:5 and then 11:7 and in that phase of the match, they were particularly good at finding left wing Roman Ostashchenko, who helped himself to four goals from four attempts in the first half alone.

Gradually, however, Dinamo found their game, and made it back to 11:11, before taking a two-goal lead with them into half-time.

Dynamo then decided the matter within the first six minutes of the second half, as they went from 15:13 to 20:13 and Chekhov never recovered from that shocking start to the second 30 minutes, with Dinamo moving on to an 11-goal lead, which they maintained until the end.

“We had a difficult start to the match,” said Dinamo coach Constantin Stefan after the match. “Chekhovskie came in very well-prepared, but we were able to improve our play and take the game into our own hands after this period.

“We still have a match in the group, in Denmark, and we want to win this match to finish the group undefeated and this would be a great performance for us.”

His opposite number Vladimir Maksimov was more matter of fact about the game. “The first half was equal and in the second one we made a lot of mistakes,” he said. “Our attack was only 51% (effective) and to win a match you need a minimum of 70%.”