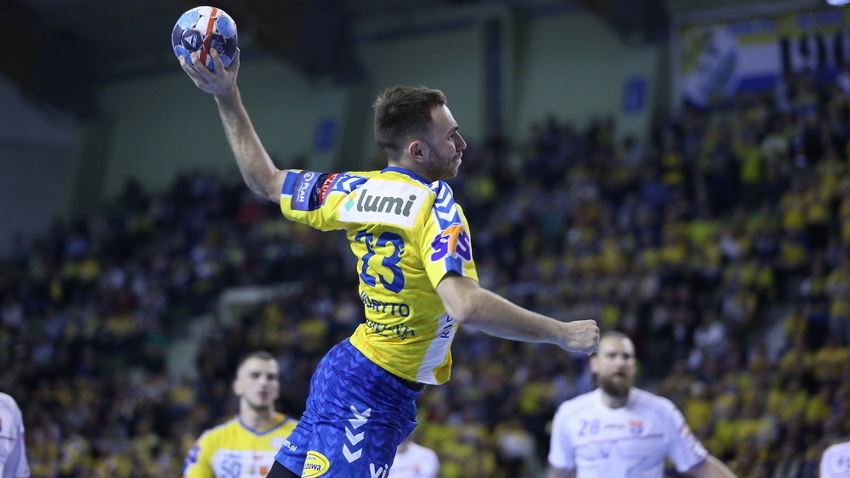 Humble and hungry Moryto: I want more – the next win, the next trophy

The Polish champions are back on track for another historic achievement. For the fourth time, PGE Vive Kielce will be a part of the big handball celebration in Cologne, where they will play for their second VELUX EHF Champions League trophy.

For 21-year-old Polish international Arkadiusz Moryto, this will be the first experience at the biggest event in club handball. Together with other young players, the wing is an important part of PGE VIVE Kielce this season and can be fully satisfied with his Champions League debut.

He also became the top scorer of the Polish league for the second time in a row after being the youngest top scorer in the competition’s history last season.

A few years ago, then as a fan, Moryto took a picture with Ivan Cupic in front of Kielce arena – now, he will meet his idol in Cologne at the tournament for the best teams in Europe. Thanks to his ambition, talent and modesty Moryto has already achieved something many older players can still only dream about. And this is only a beginning.

ehfCL.com: Before joining Kielce this season you said that you didn’t want to just be a part of the team, but wanted to play an important role. Are you happy with how that turned out?

Arkadiusz Moryto: Not yet – I want more. Of course, I can’t be unsatisfied. In general, I think that in my first season on this level in such a team, I don’t look so bad.

ehfCL.com: Quite the opposite. In general, young players are a very strong point for Kielce this season. Looking at debutants like you, Artsem Karalek, Uladzislau Kulesh and still young but already “old hand” Blaz Janc, you are even more mature on the court than others could expect.

Arkadiusz Moryto: You mentioned players who are very eager for victories, have huge ambition and are focused on self-development. I think that our common characteristic is that we didn’t choke on being in such club as Kielce. It’s not enough – we want more. We always want to win the next game and the next trophy. In my first matches in the Champions League I felt like a little kid on the field; I was petrified! But after three, four games I started to feel comfortable and I don’t feel stress anymore.

Arkadiusz Moryto: I am the only one in Kielce currently playing in the Polish national team, but don’t forget that we have a few former national players. They don’t feel up to playing both in the club and national team, because the burden is too much, but they represented our country for years.

ehfCL.com: What is your opinion about making clubs more international nowadays? Does it have any meaning for you to be in the minority as a Polish player in a Polish team?

Arkadiusz Moryto: Maybe a little, but we all speak Polish in the locker room and in our club all players have to learn Polish. Of course, players from the same country speak their native languages when they speak to each other. It’s not often, but sometimes it happens that I am the only one Polish guy in the changing room and I don’t hear my own language (laughs). But I totally understand that – if I were abroad, having my Polish fellows with me, I would speak to them in Polish as well. It’s normal.

ehfCL.com: Which performance of your team are you most proud of?

ehfCL.com: This will be your first visit to the VELUX EHF FINAL4 and Cologne in general. Will you focus only on the matches or enjoy the whole tournament?

Arkadiusz Moryto: Players who were already there told me a lot about this event. I know that these are not only four matches, but this is a real handball celebration and it’s incredible to experience that. Of course, matches will be my priority, but for sure I will enjoy the whole event.

ehfCL.com: In Cologne you will have to play two extremely difficult matches in two days. What’s the tactic?

Arkadiusz Moryto: We want to play in the final, so we will show everything we have in the semi-final – no calculation. And in the final? Two such matches in two days are a very hard experience for the body, so the team that has more power and more players will win.

ehfCL.com: What do you expect in the semi-final against Veszprém?

Arkadiusz Moryto: In Veszprém, there are still players who remember the story from 2016 and for sure they will want to take revenge. This brings some more charm the game, especially since Veszprém play better and better. They didn’t have the best beginning, but since the coach changed, they look a strong team.

ehfCL.com: How about you? Last Tuesday you lost a game against Gwardia Opole, ending the series of 103 victories in the Polish league. Is this something serious?

Arkadiusz Moryto: Pity that we ended the series. It was great to play under pressure each time thinking “Okay, so today one more.” We played a role of unbeaten and that was a nice role. But this day had to come. We hope that that was our weakest game and that now there are only good matches ahead of us.

ehfCL.com: Many years ago, you took a picture with Ivan Cupic. Would you like to play against Vardar in Cologne this year?

Arkadiusz Moryto: For sure, when I was a kid, I was thinking that it would be great to play with or against Ivan Cupic. Now, I don’t see it this way. After the game it would be great to have this reflection that, a few years ago, I watched this guy playing for Kielce and scoring so many goals and now we stand in front on each other. But before the game and during the game there is no place for such thoughts. 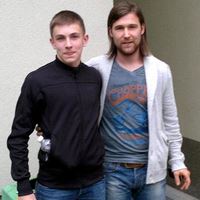 Arkadiusz Moryto: No, only this one picture unites us (laughs)!