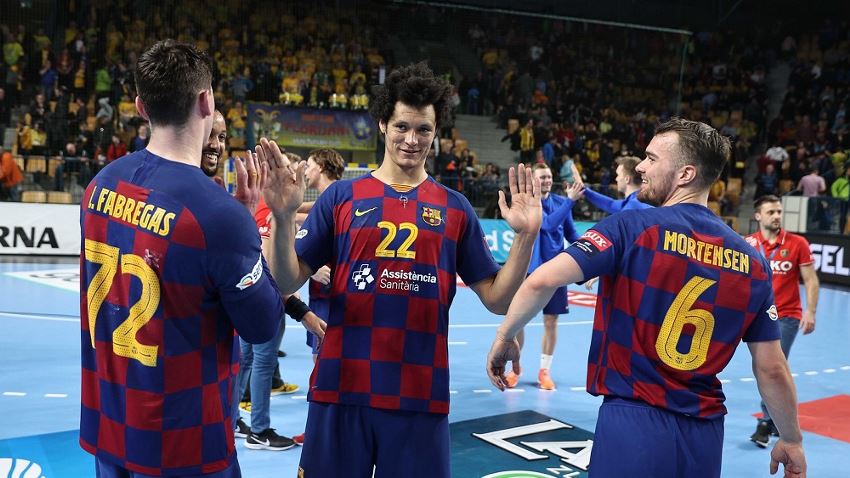 Petrus: “Arriving at Barça has been giant step forward”

In his second season with Barça, Thiagus Petrus has been nominated for the VELUX EHF Champions League All-star Team once again.

The 31-year-old Brazilian line player is the coaches’ choice in the category ‘best defender,’ just like last season.

A deserved nomination for a player who has been showing a consistent high level as the leader of the defence at Barça, a team that won all their Champions League matches in 2019/20 except for their season-opener at MOL-Pick Szeged, Petrus’ former club.

Being picked by the coaches from the participating teams makes his nomination extra special.

“Away from the court people don’t pay attention to defenders, we don’t score goals or save balls. I really appreciate coaches looking at me and loving my work, especially with the quality of coaches out there,” Petrus says.

The defender is grateful for the coaches he has been able to work with during the years.

“All coaches and teammates I have had, always have given recognition to my position and that’s important,” he says.

In good shape and with a lot of experience

At 31, the Brazilian line player thinks he is at the height of his career - in good shape and with a lot of experience.

Still, he also believes there are ways to improve, two years after joining Barça following three seasons with Szeged in Hungary (2015-18) and three with La Rioja in Spain (2012-15).

“My adaptation to all teams was good, all stages have helped me to evolve,” he says. “But when you arrive at Barça and you are able to manage the pressure to always be competitive and win, that is a giant step forward.”

Looking at the four other nominees for the best defender category, Petrus is aware of the fierce competition he is facing: Kiel’s Patrick Wiencek, Veszprém’s Blaz Blagotinsek, Aalborg’s Henrik Møllgaard and PSG’s Viran Morros.

“All other nominates have played pretty well, though each with their own style: Wiencek is very strong and he knows how to use all his power, Blagotinsek is strong, tall and he uses lot of space which makes it hard to get past him,” Petrus says.

“All of them are great players. Whoever wins, will deserve it,” he says, before adding with a smile: “I would vote for myself but I would sign the other four for my team.”

Overall this season, Petrus has been impressed with Norway’s PSG left back Sander Sagosen, though he also rates his nominated Barça teammates high.

“Luka Cindric, Aleix Gómez and Gonzalo Pérez de Vargas have all done very, very well,” Petrus says. “Think about Xavi Pascual: although you coach Barça, a team with the best players, you still have to manage it. The role of the coach is very important.”

“The big games are the ones we like the most”

Petrus has obviously been disappointed by the season being cut short due to the COVID-19 pandemic.

“We prepare all season to play the big games, those are the ones we like the most,” he says, referring to the VELUX EHF FINAL4, which under normal circumstances would have taken place in Cologne last weekend.

However, the postponement of men’s club handball’s marquee event until December gives Petrus and his Barça teammates a whole new goal: two VELUX EHF FINAL4 events in one season, two trophies to win.

“It would be the perfect season if we win them both, we will work for that,” Petrus says.

Since the competition was halted in March, players have been working out at home and, since a few weeks, outdoors to stay in shape.

“If we maintain the level of this season, things will go good,” Petrus says about the new season. “New young and quality players will arrive and this will be an extra help to improve.” 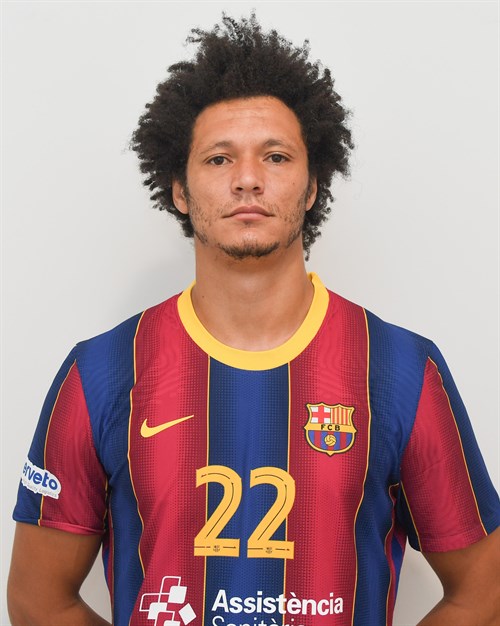