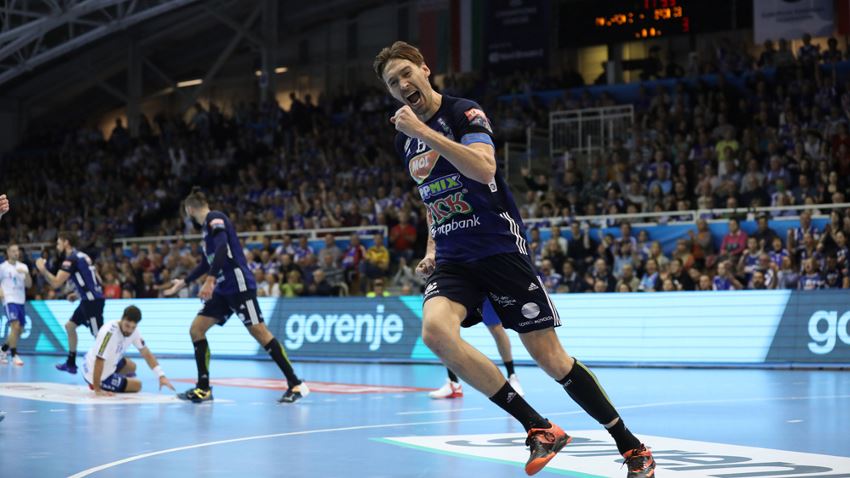 With the VELUX EHF Champions League group A clash between Paris and Barcelona being played tomorrow afternoon, Pick Szeged, only one point behind the leading duo, had the opportunity to climb up the rankings at the end of round 10. The only condition was to beat Zagreb at home this afternoon, a team they had comfortably defeated 26:21 in round 5.

The Croatian side, who enjoyed their first win of the Champions League season last week against Elverum, needed to pick up more points to keep their hopes of sixth place alive.

Last week in Celje, Szeged made sure they would be having a quiet evening by leading by eight goals at half-time. They applied exactly the same method against Zagreb.

The key was the hosts’ defence and also Mirko Alilovic’s saves, as the Croatian goalkeeper only had to pick up the ball seven times in his own net in the first 30 minutes.

Szeged also kept scoring with Bogdan Radivojevic and Joan Canellas making the most of their opportunities. When Dean Bombac scored an impressive buzzer beater, Szeged were seven goals up at the break (14:7).

The visitors came out of the locker room with better intentions. Scoring four goals in under seven minutes, Ante Gadza was clearly the man of the second half for the Croatian side.

But with all their experience, Szeged remained calm. They resumed their progression thanks to the connection between Bombac and Banhidi, giving the hosts two straight goals, before Källman made it a 10-goal advantage with fifteen minutes left to play (25:15).

With the break on the scoreboard secured, Szeged controlled the end of the game, even increasing their lead to 13 by Mario Sostaric on fast break.

Zagreb were able to cut back the deficit to 10 at the final siren, but could not prevent their opponents celebrating an easy win (33:23).

"We had to work hard for the win; we made mistakes in the 7-6 defence. However, we did well in the 6-6 defence. Alilovic did a good job in the goal," said Szeged coach Juan Carlos Pastor.

"We fought for 60 minutes. I am satisfied with my team that played well against a strong Szeged," said Zagreb coach Veselin Vujovic.