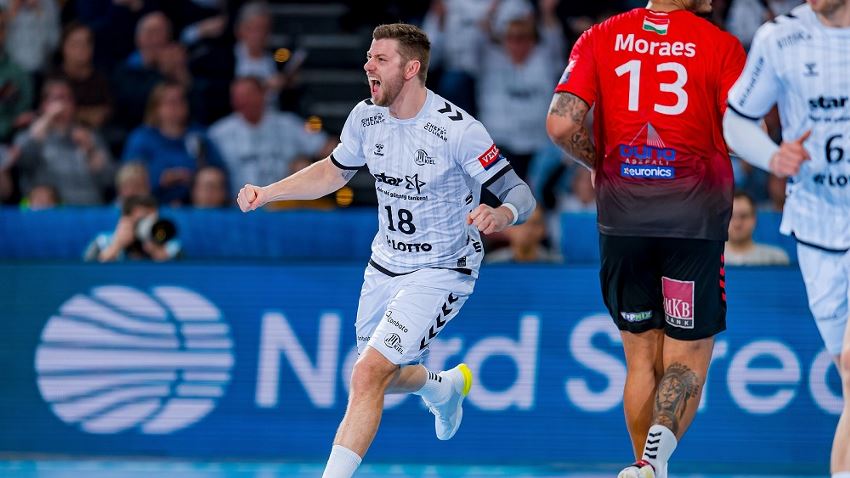 It was not a walk in the park over the last 12 rounds in the VELUX EHF Champions League for THW Kiel, but the German side secured the first place in group B and a quarter-final berth after their win against Veszprém (29:28) on Wednesday night.

The Hungarian side, who is now four points behind in the standings and have lost both games against Kiel, had their chances in the first half, but a 4:0 run between the 33rd and 37th minutes sealed the deal for the hosts.

It was a packed Sparkassen Arena in Kiel that had only one goal: help their favourites win against Veszprém and secure the first place in the group, which would have enabled Kiel to go directly to the quarter-final.

However, the German powerhouse was facing the in-form team of the group, as Veszprém came on the back of a five-game winning streak.

Yet Kiel never looked out of control, despite missing line player Patrick Wiencek (concussion) and back Nikola Bilyk (illness).

There were five lead changes in the first half, with both teams finding creative ways to score against their opponents, but the deadlock was not broken after 30 minutes, 15:15.

Both teams had a 63 per cent efficiency in attack, but Kiel had the better goalkeeper, as Niklas Landin saved seven shots, including three one-on-ones, ensuring that the German side never skipped a beat.

It was impossible to separate the two sides, as every time one took the lead, the other stepped back into the game.

Watch how @thw_handball beat @telekomveszprem... and watch what it means to them to win group B and go straight to the #veluxehfcl quarter-final 🎉
KIEVES #ehfcl pic.twitter.com/JU3DInBQcT

But a 4:0 run established by Kiel between the 33rd and 37th minutes seemed to break the game wide open.

A relentless Veszprém relied on their plethora of stars to come back and they cut the gap to one goal, 26:25, with 11 minutes to go.

But it was the outstanding duo of line player Hendrik Pekeler and right wing Niclas Ekberg who was Veszprém’s undoing. Superb in attack, where they combined for 17 goals, but also in defence, they inspired Kiel throughout the second half.

Yet Kiel had to sweat for the two points. Veszprém prevented them from scoring in the last eight minutes and 25 seconds, but Niklas Landin stopped Vuko Borozan’s shot with two seconds to go, as Kiel finally secured a 29:28 win.

The Hungarian side lost for the first time since November 2019 and will have a chance to earn the second place in the group next week, when they host the Match of the Week against Montpellier. 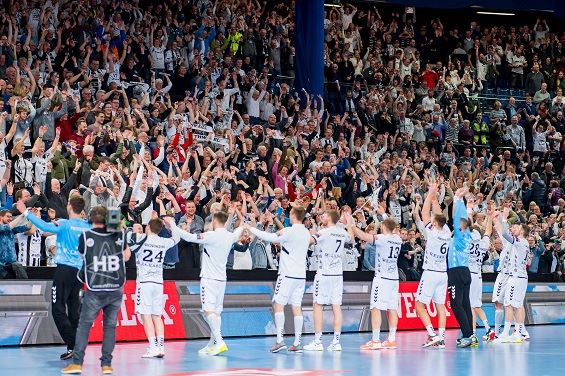 The match made Kiel head coach Filip Jicha “extremely proud of my team.

“The match was pretty intense, pretty equal. But we did these famous little things that decide a close match. Huge respect to my team,” Jicha said.

“We were fighting really hard. This win without two of our key players says a lot about our team spirit," top scorer Niclas Ekberg added.

Although they had their five-match winning streak snapped, Veszprém were quick to take the positives.

"This match was beautiful," head coach David Davis said. "I’m quite satisfied with my team and our fight, we did our best."

Also, Andreas Nilsson called it "a great fight for the first place. Kiel were better in every position so they deserved to win. But I’m also proud of my team – we did a good job and fought until the end."