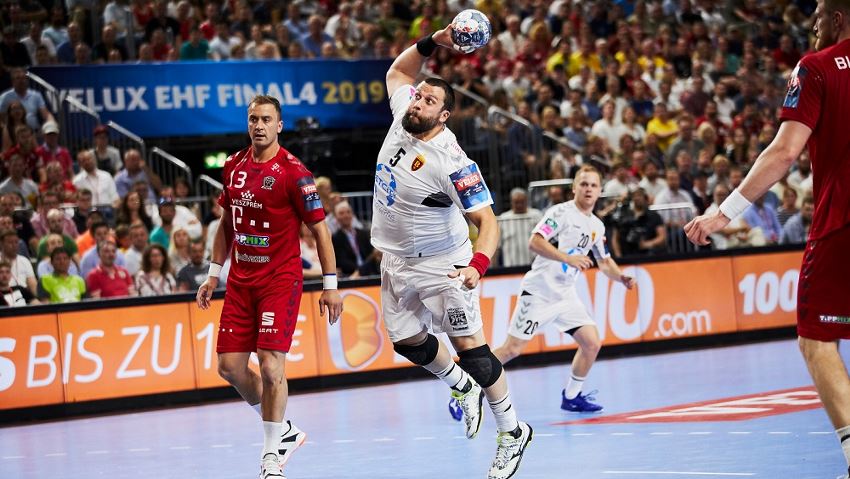 A wind of change has been blowing through to the EHF Champions League Men when the 2020/21 season is set for throw-off in mid-September.

Europe’s flagship men’s club handball competition will return in a revamped playing format for its 28th edition, with a reduced number of 16 teams on the starting grid.

The competition opens as usual with a group phase, though this time only two groups of eight teams are starting the long road to the EHF FINAL4 Men in Cologne in June 2021.

The group phase will be followed by a knock-out stage, including the play-offs and the quarter-finals, to find the four teams that will battle for the prestigious title in Cologne.

Also new this season is that Wednesday and Thursday have been announced as the official match days in the EHF Champions League Men; only the EHF FINAL4 will once again be played in a weekend. 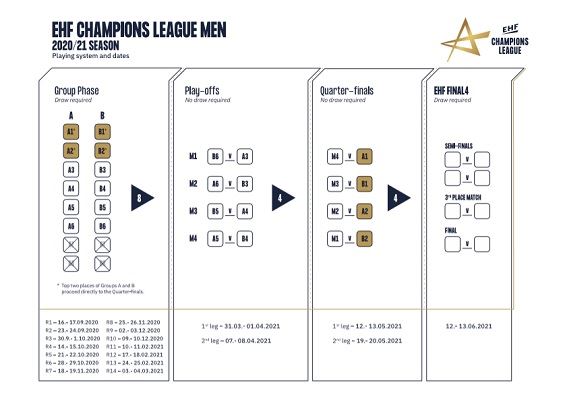 The following overview will take you through the new format step by step:

The 16 teams entering the competition have been seeded into four pots and they will be drawn to two groups of eight teams each next week Wednesday (1 July). Due to country protection, teams from the same country cannot be drawn in the same group.

In a round-robin format, each team plays a home and an away match against all seven opponents in the group.

After 14 rounds, the Nos. 1 and 2 from group A and from group B proceed to the quarter-finals directly; all Nos. 3 through 6 advance to the play-offs; the Nos. 7 and 8 in both groups are out of the competition.

The four winners of the play-offs go on to the quarter-finals, the four losers are out.

Now it is business as usual: the four winners of the quarter-finals advance to the EHF FINAL4 Men.

If it ain’t broke, don’t fix it: the format of the EHF FINAL4 Men in Cologne will remain unchanged for 2020/21. On the calendar since 2009/10, the marquee event in men’s club handball will once again bring together the four strongest teams of the season in the LANXESS arena.

Following the semi-finals on Saturday 12 June, the EHF Champions League Men 2020/21 winners will lift the coveted trophy on Sunday 13 June.