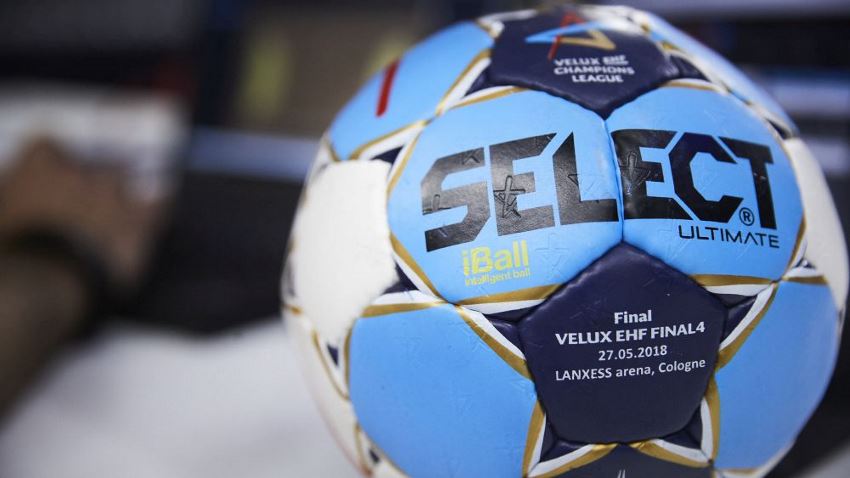 The summer break in the club season is a perfect time to look back at a revolutionary development of the previous season on the innovation field.

At the VELUX EHF FINAL4 2018 in Cologne the iBall was used for the first time to provide enhanced excitement to all fans following the final race for the most coveted trophy.

For all four matches in the LANXESS arena, the balls from the EHF’s official ball supplier SELECT were equipped with a Kinexon tracking chip, raising Europe’s marquee club handball event to a new level of live sports content.

The success story of this pioneer project started only one year before the event at the European Handball Goes Tech event in Cologne. Throughout the past 2017/18 season all stakeholders in this adventure the prototypes were tested and as the outcome was positive the decision was made to bring it for the fans at the LANXESS arena.

“It was so exciting to see the iBall in action at the FINAL4 2018 in Cologne. We distributed the data live and in real time to broadcasters, social media channels and our event app and the feedback we received was extremely positive,” David Szlezak, EHF Marketing Managing Director said.

As the objective was to reach the largest audience possible the data output was adjusted for the TV. The developing companies partnered up together with the service provider TV Graphics which covered the data inclusion part for the world feed. In addition all commentators were provided with the data through their information system and were able to see it for their storytelling.

But the global TV audience was not the only benefitting side as also the users of the official VELUX EHF FINAL4 app at the venue or at home and the official competition website’s (ehfCL.com) were provided with real-time data and statistics they never had seen before during the coverage of a handball match.

In addition, the organisers have hired an on-site data journalist, who was checking all the data and identifying the most interesting facts, which were then forwarded to the official social media channels for the video and graphic production.

What kind of #iball information would you like to have for the future? ⚽️#veluxehfcl @kinexon pic.twitter.com/g112wT2I6o

The fastest shot of the weekend? PSG’s Nikola Karabatic fired a rocket of 139 km/h. The slowest goal? Montpellier’s Michaël Guigou scored a seven-metre lob at 27 km/h. The furthest goal? Again Guigou, who found the net from a 19.5-meter distance. In which corner did Montpellier’s Diego Simonet prefer to score? It didn’t matter to the MVP as he evenly divided his six goals in the final against Nantes between left and right.

“It required a lot of internal power and creativity to present this world premiere at the highest level of club handball and after evaluating we are very satisfied with the result. We believe that providing relevant data combined with exciting storytelling is one of the core duties of handball towards the fans and the iBall consequently is an important step into the digital future of European handball,” Szlezak added.

The introduction of the iBall has been yet another innovative example of the ongoing efforts by EHF Marketing GmbH to tap into new territories when it comes to offering handball fans the best possible coverage of European club handball and the VELUX EHF FINAL4 in particular.