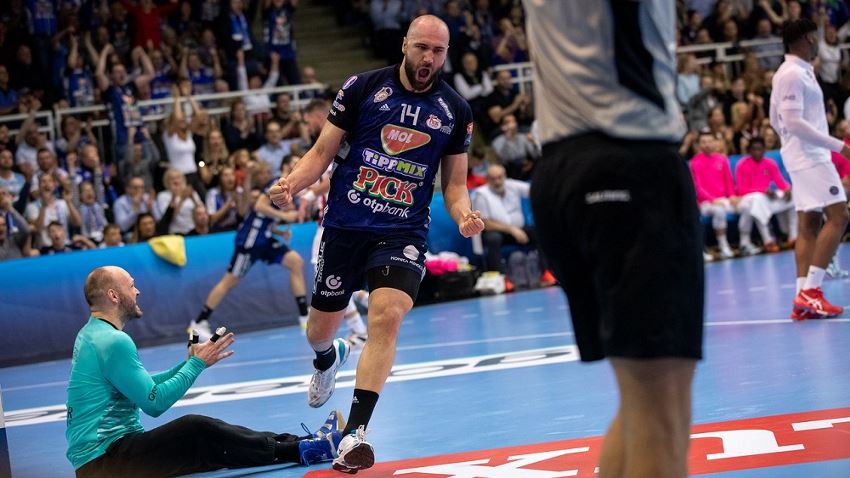 Canellas: “Winning Champions League was my most special moment”

The year 2020 could hardly have started much better for Joan Canellas.

The centre back won the Men’s EHF EURO 2020 with Spain, successfully defending their title from two years earlier.

And with MOL-Pick Szeged, he finished third in group A of the VELUX EHF Champions League to set up a Last 16 clash against his former club, HC Vardar.

Due to the COVID-19 pandemic, however, handball has meanwhile moved to the background of everyday life.

While the Champions League is scheduled to resume at some point, the domestic league and cup season 2019/20 in Hungary will not be played to a finish anymore.

“I stay in touch with close family a lot. I am very good in Hungary but I feel like I should be in Spain now,” Canellas tells ehfTV.com commentator Chris O’Reilly in the latest EHF EURO Instagram Live interview.

"Playing against the best players in the world"

The time away from the courts give the 33-year-old Canellas the opportunity to reflect on his glorious career so far, both with the national team and his various clubs.

His first major tournament with Spain was the 2009 World Championship in Croatia (Canellas: “I learned how difficult it is to play against the best players in the world”) but his maiden triumph with the national team came four years later.

At their home World Championship, Spain crushed Denmark 35:19 in the final, attended by nearly 20,000 ecstatic fans in the Palau Sant Jordi in Barcelona.

“That was one of the most special games in my live. Not only because of the result, but also because most of my family was there,” says Canellas, who was the leading scorer in the final with seven goals.

“We felt before the end of the game that we were going to be world champions so we could enjoy the atmosphere,” he reflects on the final minutes of that final in 2013.

Glorious years in the EHF EURO

While Spain have not won a World Championship medal since, their most glorious years in the EHF EURO were yet to come.

“I have played five EHF EUROs, I think at all five we were in the semi-final,” Canellas says. “After our second place in Poland (in 2016, when Spain lost the final to Germany), I thought it would be harder to get to the final again.”

That thought turned out to be wrong, as Spain not only reached the final in 2018 and again in 2020, but of course ended up winning both tournaments.

Next on the hit list are the Tokyo Olympics, but they have been postponed until 2021.

“The Olympics are the main reason that most of the national team is still together,” Canellas says. “For sure the last chance to win the Olympics for most players is in Tokyo.

"I thought I would never win it"

Also on club level, Canellas has been close to winning the most coveted prize in European handball many times – while actually lifting the VELUX EHF Champions League trophy once.

“I have been to the EHF FINAL4 seven times, but the first five times without glory. So many times so close, I thought I would never win it,” says Canellas, who played for clubs like Barça, Ciudad Real, Atletico Madrid, HSV Hamburg, THW Kiel before joining Vardar in 2016 and, ultimately, Szeged in 2018. 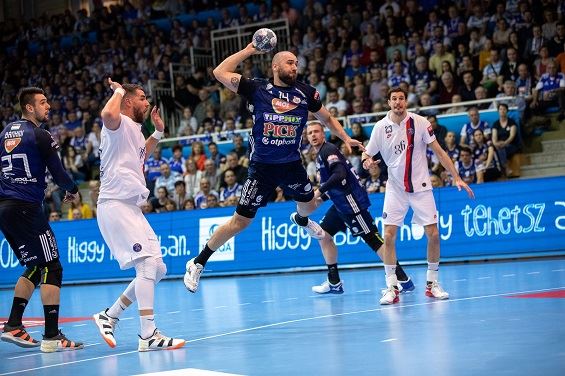 “Many people ask me how many Champions Leagues I have won,” he says. “Only one, so this one is very special.”

The VELUX EHF FINAL4 2017 was special indeed, with Vardar edging both Barça in the semi-final (26:25) and Paris Saint-Germain HB in the final (24:23) by a single goal to lift the trophy.

“I remember seeing a picture of me crying in the middle of the court in Cologne,” Canellas says. “I felt like I was completely alone in that moment, it was me and no one else. That was a very, very special moment.”

The entre back calls Vardar’s triumph in 2017 “even more special than the titles we won with the national team, because we have a lot of medals with them. But this Champions League was so hard to get, it was my most special moment.”

What followed was an “amazing reception” when the team travelled back to Skopje: “I can’t say how many fans were there, it was very special.”