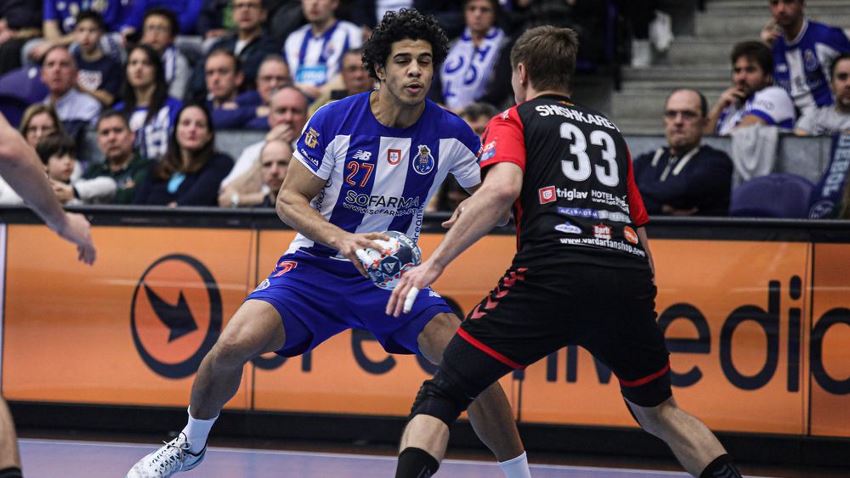 In a season which has seen a number of rising stars make their mark in the VELUX EHF Champions League, FC Porto Sofarma left back Andre Gomes’ impact did not go unnoticed.

The 21-year-old was the coaches’ nomination for the best young player category in the 2019/20 All-star Team, which is currently open for fans to vote for.

“I want to thank all the coaches who voted for me, their recognition is very important. I have to thank everyone who made me what I am today, from my cousin José Costa, who was my greatest support, Professor Nuno Cardoso, who was my first coach, to Magnus and Martino who have been an exceptional pair. There is a daily learning experience with them,” Gomes reveals.

“Working humbly and having fun”

Asked about a hypothetical increase in responsibility for the coming season taking into account his nomination, André was very clear: “If it does not increase, I will continue with the same posture that I had until today. Working humbly and always feeling that I also have fun on the court, I think it is very important”.

Andre Gomes is one of five nominees for the best young player category, alongside Alexander Blonz (Elverum Handball), Josip Sarac (RK Celje Pivovarna Lasko), Aleix Gomez (FC Barcelona) and Zoltan Szita (Orlen Wisla Plock), but Gomes looks towards the centre back nominees for inspiration when asked who impressed him most this season.

“I am just going to talk about what I saw in our group and the player who impressed me most was Petar Nenadic. His style of game is different from everyone else, it is something very particular and he also has fun while playing, he is happy on the court,” said Gomes in his assessment of the Veszprém star.

The 21-year-old Portuguese international scored 47 goals in 14 games and he stood out in the blue and white team's historic qualification for the Last 16, a stage in which they would have faced Aalborg, if not for the Covid-19 pandemic.

“It was a global change and we know that nothing will ever be the same anytime soon. I adapted relatively well and I prefer not to look on the negative side so much,” Gomes concludes with a positive vibe.