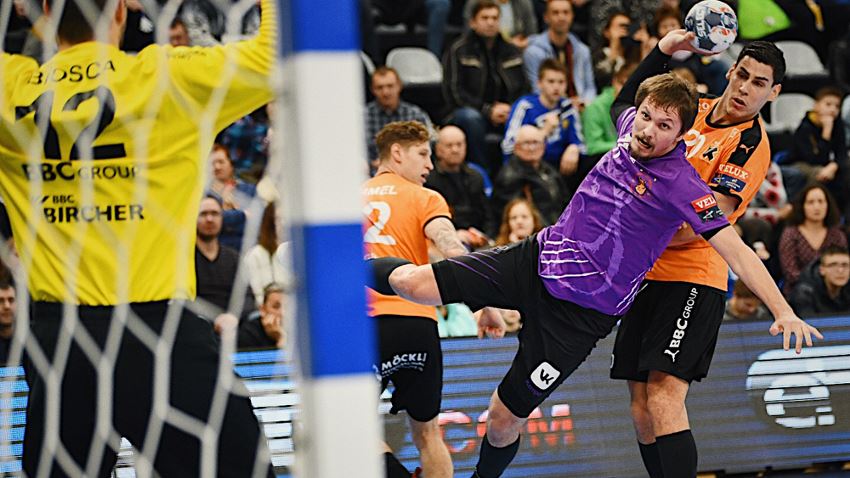 Chekhovskie medvedi bow out with win

In a close game with several spectacular goals, the home team got the edge at the end.

Only honour and the chance to avoid finishing last in the group were at stake when Schaffhausen visited the Sport Hall Olimpiyskiy in Chekhov.

Thanks to their two-goal win, Chekhov managed to finish fifth and leave Schaffhausen in sixth and last place as the group D matches concluded.

Neither team had any major problems creating scoring opportunities and benefitting from them, and this also meant that neither team was able to create a commanding lead.

In fact, there were never more than two goals separating the two and the lead changed hands often.

In the last minutes, however, Chekhov got the edge with a two-goal lead, which they kept until the end.

“In general, the game was beautiful, and both teams showed a desire to win. This last Champions League game will help us prepare better for our domestic games. And we wish our guests success in their Swiss League matches,” Maksimov said.