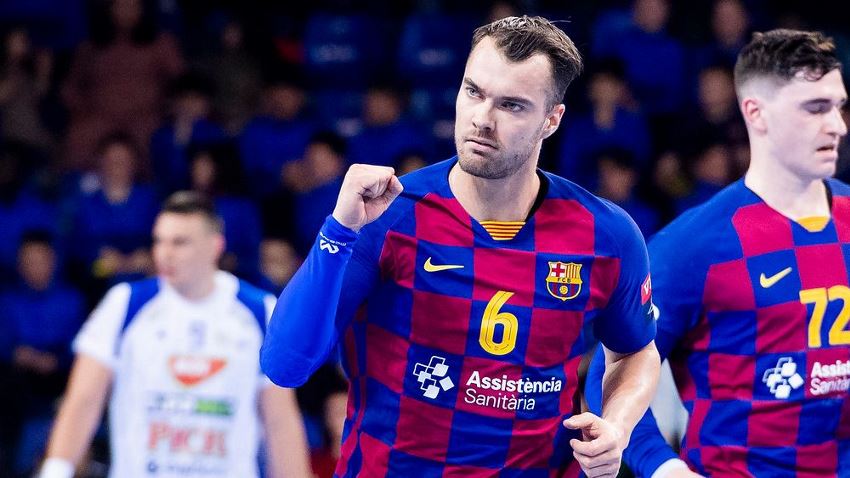 It looked like Barça’s bid for their 13th win in a row in the VELUX EHF Champions League was over with six minutes to go, but a late 4:0 run for the Spanish powerhouse lifted them past MOL-Pick Szeged, 30:28

Szeged were the last team to beat Bar­ça before the Spanish champions’ 12-game winning run and, while their fate was out of their hands regarding the battle for second place, they still had one eye on preventing a record 13th win in a row.

The only chance for the Hungarian side was to slow down Barça’s attack, the best in the competition, scoring at an alarming pace of 35 goals per game.

There were three lead changes in the first 15 minutes, but Barça looked more composed in defence, as they took a 7:5 lead, despite playmakers Luka Cindric and Aron Palmarsson failing to impress.

The Spanish giants had their worst attacking half of the season, converting 44 per cent of their shots, but they were still holding the lead, despite missing clear-cut chances.

But a 4:0 run for Szeged, who prevented Barça from scoring between the 24th and 29th minutes, saw the Hungarian side grab the lead, 14:11, as goalkeeper Roland Mikler was at his superb best once again. 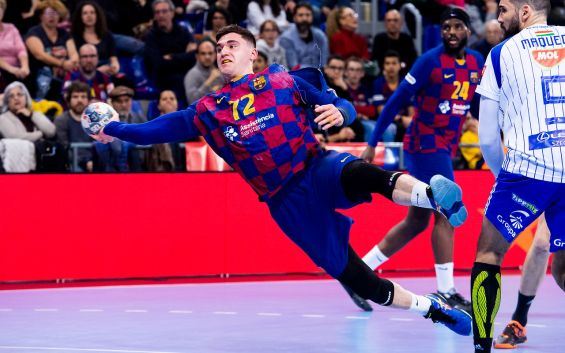 Barça looked in serious trouble once again, as the tournament's dominant team was silenced in the first half and needed more from their key contributors in the second, especially as Dika Mem missed all of his first four shots.

Szeged looked to have the key to beating Barça once again, but when the Spanish side gets going, they are almost impossible to stop.

A 4:0 run for the Spanish side, who scored four times in the space of three minutes turned the game on its head, as Barça took back the lead, 18:17.

But the game was far from over.

With the Hungarian duo of left back Richard Bodo and line player Bence Banhidi in great form, scoring seven goals, Szeged came back and even took a two-goal lead, 26:24, with 11 minutes to go.

Szeged still had a two-goal advantage, 28:26, with five and a half minutes to go, but their attack collapsed.

Barça looked sharper, the pressure was on the Hungarian team, who fell away in the dying minutes.

A flawless 4:0 run for Barça helped the Spanish club to jump in to a 30:28 lead and they never looked back, securing their 13th straight win, a record in the VELUX EHF Champions League.

On the other hand, Szeged finished third and will face title holders Vardar for a quarter-final berth.