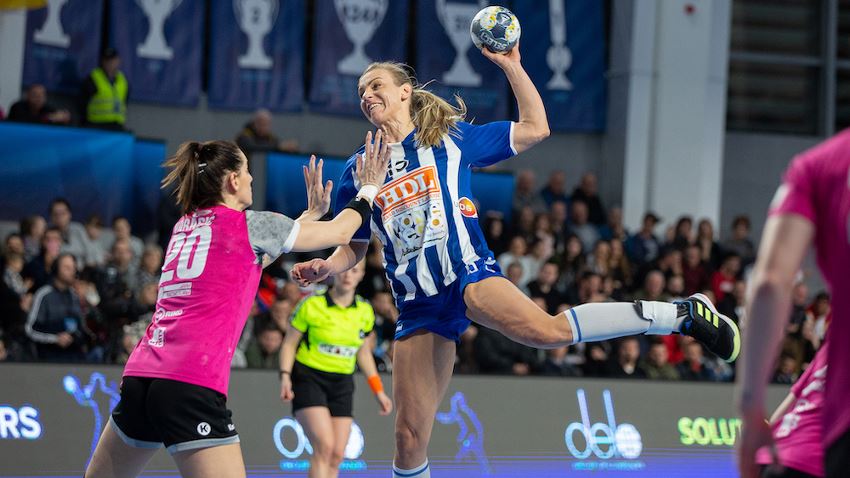 RK Krim Mercator’s chances for a DELO WOMEN’S EHF Champions League quarter-final berth are looking slimmer on a round-by-round basis, as the Slovenian side lost their third game in a row, 30:28, against Buducnost on Saturday evening.

Despite looking inconsistent at times, Buducnost survived a late scare from Krim and moved up to eight points on the table.

There was little room for error for Buducnost, as they were already five points behind Györ and Brest. A win against Krim would bring the Montenegrin side nearer to securing third place in the group.

Krim only managed to stay close for the first five minutes of the game, before a 5:0 run for Buducnost that prevented the Slovenian champions from scoring for five minutes and 20 seconds.

Buducnost did nothing out of the ordinary – only applied the successful recipe tested in the previous games. They distributed the ball well and their star players took care of the rest, with the top goal scorer of the competition, Jovanka Radicevic, starring with six goals in the first half.

Backs Djurdjina Jaukovic and Barbara Lazovic, who combined for 14 goals in total, were also critical for Buducnost.

With a first-rate shooting efficiency in the first period, 77 per cent, Buducnost took a convincing 17:12 lead, as Krim lacked both the energy and the game plan to turn the match on its head.

Radicevic was the go-to player for Buducnost also in the second half, and the Montenegrin team never missed a beat. Leading 27:19 with 15 minutes to go, the hosts looked sure to secure their second win of the main round – but the game was not over.

A 7:0 run that stretched for six minutes, fueled by three goals from Slovenian right back Alja Varagic, brought Krim back into the game, as they cut the gap to only one goal, 27:26.

Although Buducnost scored only three times in the last 14 minutes of the game, their defence ultimately got the stops they needed in the crucial moments and the home team collected the points.