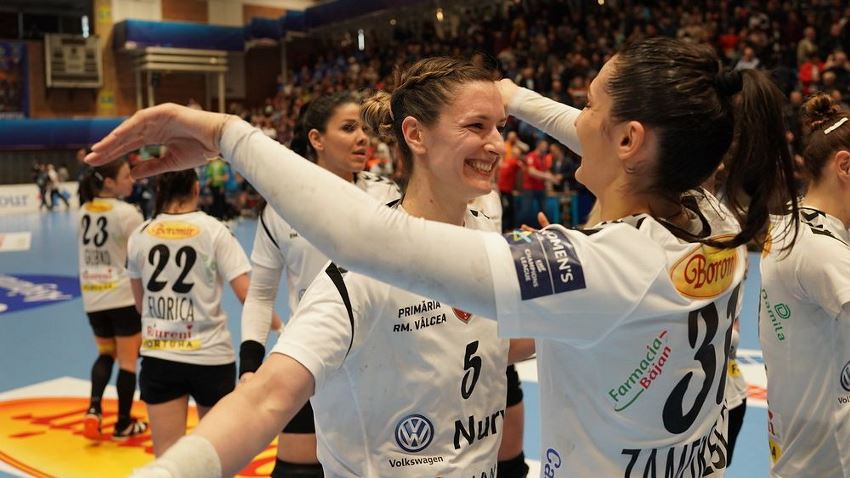 SCM Ramnicu Valcea are flawless thus far in the main round, as they won their second game in a row, 23:17, against Sävehof, with another impressive defensive display.

There was no room for error for either team, as both had two points ahead of the clash with them both eyeing up fourth place in the group.

Valcea were fresh from snapping their five-game losing streak and hoping to continue to build momentum against Sävehof, but they hit a hard-nosed side, who kept close in the first minutes of the game.

The hosts scored five times in the first 14 minutes, but only twice in the following 16, as Valcea rode to a 8:1 run that sealed the deal.

It was playmaker Kristina Liscevic who led the charge, as she scored five of Valcea’s last six goals in the first half, to power the Romanian champions to a 15:7 lead at the break.

There was nothing that the inexperienced Swedish side could do to bounce back in the second half. Valcea distributed the ball well and despite their 14 turnovers, four more than Sävehof, they still managed to make the gap grow.

Ultimately, the Romanian side showed their mettle and took the two points with another commanding win, 23:17, but a crunch game against group leaders Györ awaits next week.

Meanwhile, Sävehof lost their second game in a row in the main round and will face a challenge if they are to proceed to the quarter-finals for the first time in history.

After the game, Rasmus Overby, head coach of Sävehof, spoke of the difficulties his side faced, "It was a tough game for us to play, we know that Valcea is a very good team and that we had to play our best if we were to have the chance to win against them. I think that the last 15 minutes of the first half was the reason why we weren’t that close to win. However, I am proud of my team because they always did their best and fought for every little chance to come back into the game. We played good defensively in the second half and our goalkeeper, Sofie Börjesson, was really good.”