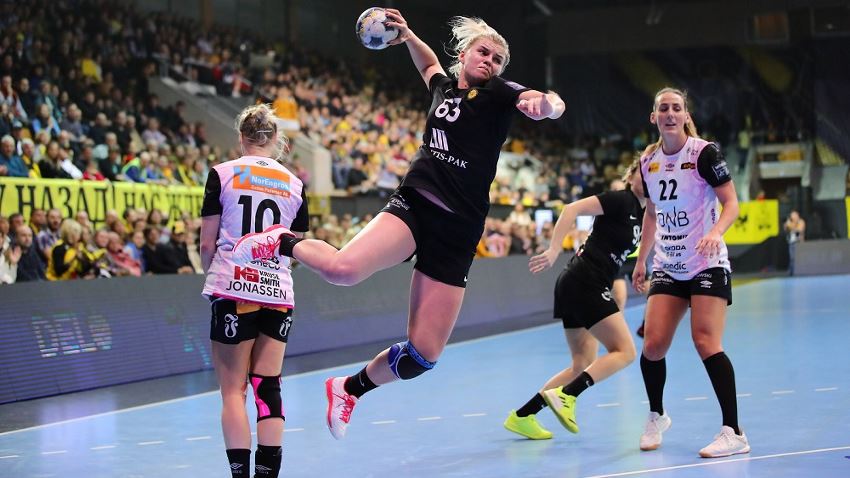 The main round of the DELO WOMEN’S EHF Champions League is still wide open after the second round of matches last week, although some patterns emerge.

We take a closer look and analyse who’s hot and who’s not in our talking points.

Metz won five of their seven games before last weekend’s first defeat of the season against CSM Bucuresti, 32:27. The French side was one of the three unbeaten sides in the competition, as only Györ and Brest hold that record intact. While Brest are in the middle of their first ever eight-game unbeaten streak, Györ have not lost for 33 games since a defeat against CSM two years ago. The Hungarian side can won the trophy for the fourth consecutive season; no other team has won more than twice in a row.

Returned in November from yet another career-threatening injury, Cristina Neague now looks back at her best. The 31-year old left back overcame three severe injuries in the past 10 years and still can decide a game by herself. Her latest antics? Scoring 14 goals in CSM Bucuresti’s win, 32:27, against Metz. She did it all – scoring from penalties, with hard shots from nine meters and with two mouth-watering shots from her team’s own half. The Romanian back proved once again how crucial she can be in difficult situations. Moreover, this was Neagu’s most productive game ever in the Champions League, afer seven previous games where she netted 10 times each. Neagu has now scored 649 goals in the European top competition.

Still everything to play for

While the quarter-final race looked pretty much done and dusted after three or four rounds in the main round in previous seasons, this time things are looking spicy. In Group I, all teams can still finish in the top, as last-place FTC are just two points behind the fourth spot in the group. In Group II, fourth-place Valcea, on four points, have a two-point advantage over Krim and Sävehof but still have two games to play against leaders Györ. The defending champions top the group alongside Brest, with 11 points each, five points ahead of Buducnost.

Aboard the CSM roller-coaster

You can hardly find a team more interesting than CSM Bucuresti this season. Following their record 10-goal loss against FTC (33:23) just a week ago, the Romanian powerhouse pulled an upset against Metz (32:27) in their best game of the season. A strong defence, incredible goalkeeping, good coaching and a superb game from Cristina Neagu were on the menu for CSM, who are back with a bang and still fighting for a quarter-final berth. Their form is up and down, they rely heavily on individual performances, but they are a strong side who can fight against the best in any given day. They still have to win the double-header against Vipers Kristiansand, but if they finish fourth, neither Györ, nor Brest would want to face them in the battle for a DELO WOMEN’S EHF FINAL 4 berth come April.

Best quotes of the week

Cristina Neagu, CSM left back:
“Every game from now on is like a final. We have a team that can be impossible to stop.”
CSM love being the underdog from time to time, as highlighted in their trophy-winning season in 2015/16. The Romanian side overcame huge odds to lift the title back then and are trying to emulate their successful season this time.

Kalidiatou Niakite, Brest Bretagne handball left back:
“Our biggest enemy is complacency. We are our worst enemy.”
Krim never stood a chance against a fiery Brest side, who are going toe to toe with Györ for the first place in the group. Surely, there were scrappy moments, but the French side still pulled off their seventh win in eight games this season.

Gabor Danyi, Györi Audi ETO KC head coach:
“We are having tremendous trouble with our attack. That is why the tempo has been slowed, to move to a more secure, positional game.”
Györ have not looked like themselves in 2020, losing against Siófok in the Hungarian league and drawing against Brest on home court. The win against Buducnost, 26:24, has not been spectacular, but the Hungarian powerhouse still inspires fear due to their stars.