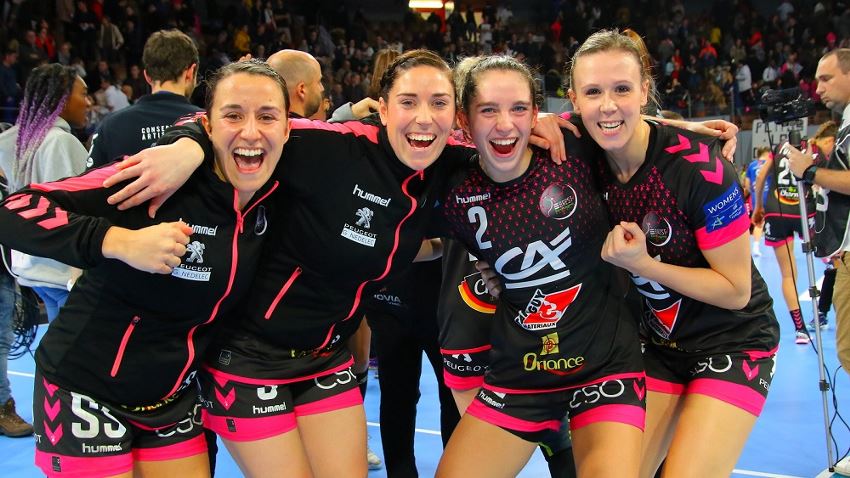 There is only one round left in the group matches of the DELO WOMEN’S EHF Champions League. While most main round spots are now occupied, some teams still face do-or-die clashes this week.

Let’s see what round 5 had in store for us with these five talking points.

Who is going to complete the main round?

There are nine teams through to the main round. Groups A and B have been decided with Metz, Vipers and FTC, as well as Rostov, CSM and Esbjerg going through. However, groups C and D still have question marks left. In C, Brest and Buducnost are safe, while Ramnicu Valcea and Bietigheim are level on points, but the Romanian side has the better head-to-head results (34:27 win, 31:28 loss last weekend). So Bietigheim must get a better result against Buducnost than Valcea do against Brest. In D, only title-holders Györ are through so far. Krim and Sävehof face off in the last match, but the loser will fall through the cracks if Most were to end Györ’s 30-match unbeaten streak. But even if qualified, for most teams there are still main round points at stake. Only Vipers (five points) and Esbjerg (four) know how many points they will take into the next phase, as the final round could prove decisive for the likes of FTC (zero) or CSM (three).

Only few saw Brest’s 35:32 away win against Buducnost in the first round of the competition as an indication of what might come. However, Brest Bretagne Handball have become one of the hottest teams in Europe’s top flight. The French side swept their opponents with a superb average of 35 goals scored per game. They boast the second-best attack in the competition, with only six goals scored less than Györ. Brest is mauling opponents in attack, having at least 10 players on the scoresheet each game. They dismantled Buducnost once again last weekend, 32:28. The Montenegrin side conceded 67 of their 129 goals against Brest, a testament of what the French side can do regardless name and strength of their opponents.

CSM, back at their antics

CSM may have fooled everybody with a great start, but the Romanian side is back with their antics, after failing to win last week. In the Romanian league, CSM drew against Corona Brasov, 30:30, while the 25:21 home loss against Team Esbjerg in the DELO WOMEN’S EHF Champions League was a tough pill to swallow for a team that could have gone for the fifth consecutive group match unbeaten. While the defence looks more than capable, CSM’s attack is the one that is troubling, as the Romanian side failed to score more than 24 goals in games against opponents who progressed to the next phase. Adi Vasile’s side will now start with at least three points in the main round plus what they can manage to snatch against Rostov next week. Will that be enough to progress to the quarter finals? Time will tell.

One of the main players challenging for the top goal scorer award is Buducnost’s Jovanka Radicevic. Last season, the 33-year-old Buducnost right wing had her best scoring record, when she donned the CSM shirt and put 80 goals past the opponents. She continued her form into this season. Radicevic has scored 41 goals in the first five rounds, with another 10-goal game against Brest on Sunday, only for the Montenegrin side to lose 32:28. Buducnost will surely need more of Radicevic’s spirit and precision to return to the DELO WOMEN’S EHF FINAL 4 for the first time in three seasons.

Can Krim challenge for a quarter-final spot?

Krim have reached the main round in 10 of the past 11 seasons. And in a group featuring Sävehof and rookie Banik Most, it would have been a shock for the Slovenian side not to earn their main round ticket once again. However, they were upset by Most at home (31:29) in the opening round, but hit back this weekend with a 31:26 win and a 10-goal outburst by playmaker Nina Zulic in the Czech Republic, making sure they lead the head-to-head comparison. Only in the unlikely scenario of Most winning in Györ on Sunday, Krim’s progression could be under threat. Losing Tjasa Stanko at the start of the season was not ideal for Krim, as they are still a young side, with emerging talent, but they must improve their defence – 142 conceded goals – if they are to battle for a quarter-final spot this season.