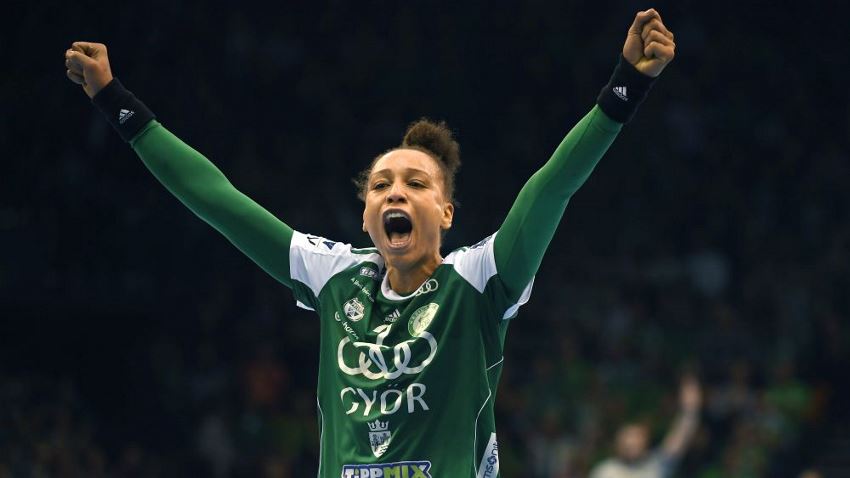 Despite their almightly attack being limited to only six goals in the first 20 minutes, Györi Audi ETO KC secured a 29:20 win against Romanian champions SCM Ramnicu Valcea in group 2 of the DELO WOMEN'S EHF Champions League main round.

Györ remain in first place in group 2, with 13 points, two more than Brest, and the two sides will face each other in the next round.

Valcea’s only chance of gaining a positive result against the title holders was to slow the game down and let their defence take over the game.

However, as Györ still had the best attack in the competition, despite looking shaky at times in the main round, it was easier said than done.

Under a huge amount of pressure from the sold-out “Traian” Arena, Györ only scored five goals in the first 19 minutes of the game, as their attack struggled and only had a 31 per cent shot efficiency.

Yet Valcea, who only scored only three goals between the fourth and the 19th minute, also did not light up the scoreboard – which was tied at 5:5.

But Györ’s experience and superior depth were on display at the end of the first half.

Valcea plummeted to a 35 per cent attack efficiency, as they failed to score between the 21st minute and the end of the first half, and the title holders took advantage and established a 4:0 run to boast a 10:6 lead at the break.

It was the Norwegian trio of Veronica Kristiansen, Stine Oftedal and Amanda Kurtovic who led the charge, combining for six of Györ’s 10 goals, with the Hungarian side comfortable in the driving seat.

As much as the hosts tried to impose their will once again, it was impossible.

With Kristiansen in superb form – top scorer of the game with eight goals – Györ looked more composed in attack, as Valcea’s tough defence yielded seven suspensions, which hampered their efforts.

From a six-goal advantage in the 45th minute, 20:14, Györ ran away to their eighth win in nine games this season, showing they can also win with a defensive effort and not just with their attacking prowess.

With a superb defensive performance that limited Valcea to a 50 per cent attack efficiency, Györ secured a 29:20 win, overcoming their Romanian opponents who kept them in check for 20 minutes.