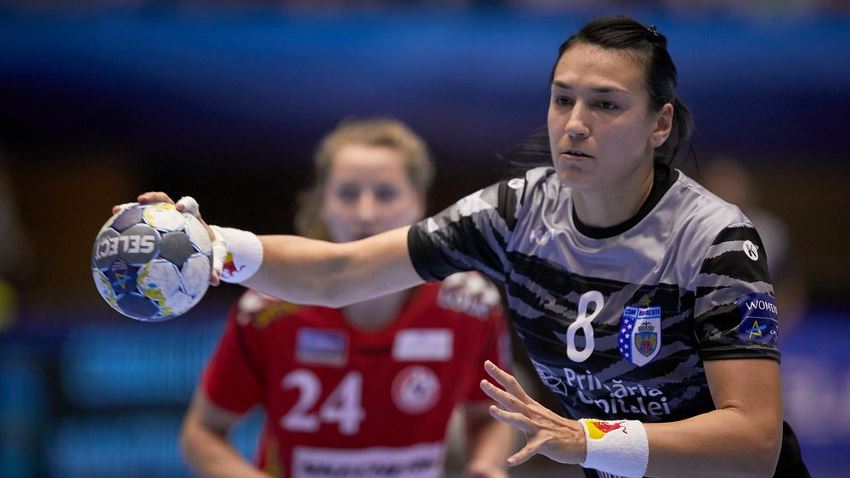 CSM back on track thanks to Neagu’s 14 goals

Last week, CSM Bucuresti had opened the main round of the DELO WOMEN’S EHF Champions League with a frustrating defeat at FTC-Rail Cargo Hungaria. However, today the Romanian side showed a much better performance, which allowed them to defeat the group leaders Metz Handball at home, 32:27.

Both Team Esbjerg an FTC-Rail Cargo Hungaria had opened the main round of the DELO WOMEN’S EHF Champions League with victories, and both sides were eager to triumph again. In a tight battle, it was Esbjerg who were slightly better and celebrated a 29:27 win.

After suffering a setback, last-placed CSM were in a desperate need of points, and pure determination helped them to defeat the Group 1 leaders Metz.

CSM’s leader Cristina Neagu showed her true quality, ending the game with 14 goals, while she was supported by performances from her teammates such as Crina Pintea, Andrea Lekic and the goalkeeper Denisa Dedu.

The French side had a better start to the match leading 3:1, yet Bucuresti, who enjoyed loud support from their fans, quickly stabilized the game.

Neagu played an amazing first half, scoring nine goals from 11 attempts. Thanks to her effort and Dedu’s spectacular saves, the home team boasted a two-goal advantage at the break, 16:14.

In the second half, a string of goals by Neagu and Pintea put CSM into a 21:16 lead by the 40th minute, and the hosts continued to show their fire power.

Late in the game, Metz’s hopes were somewhat revived when the French team reduced the gap from 26:20 to 26:23, but CSM held their nerve to celebrate an impressive home victory, which boosted both their morale and their chances of progressing to the quarter-finals.

Despite Neagu's heroics, CSM coach Adrian Vasile highlighted the team efforts, "We were in a special place after last weeks game, we knew we were playing against one of the most difficult teams and you have to give your absolute best to win against Metz. I am very happy with the result, all the girls did their best." 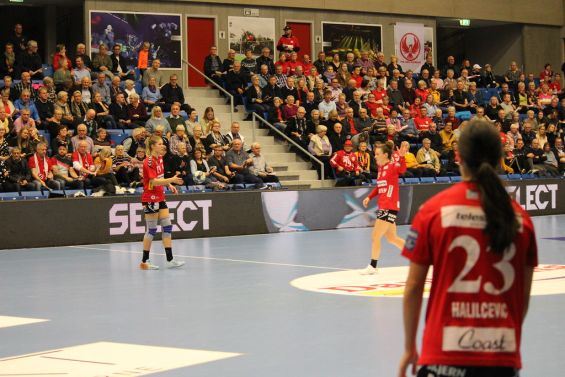 FTC had the upper hand early in the match and led 5:0 thanks to their good work in defence and the individual skills of attacking players.

Esbjerg’s coach Jesper Jensen had to call for his first timeout before Estavana Polman scored his team’s opening goal in the seventh minute.

After that, the home side improved and started to reduce the gap; while Rikke Granlund made a number of saves, Sonja Frey did well at the other end of the court and scored five goals before the break.

It was Frey who drew level at 13:13 after a long chase, and Esbjerg even had a chance to go to the dressing room in front, but Polman’s shot was blocked.

However, the home side were in front for most of the second half, as the Dutch world champion Polman made a special impact in attack. At some point, Gabor Elek’s timeout helped FTC to improve their defence, and a 5:1 run gave them a 26:25 lead just five minutes before the final buzzer.

Yet three goals from Sonja Frey, Marit Jacobsen and Sanna Solberg put Esbjerg in a strong position again, and the Danish side went on to clinch a victory.