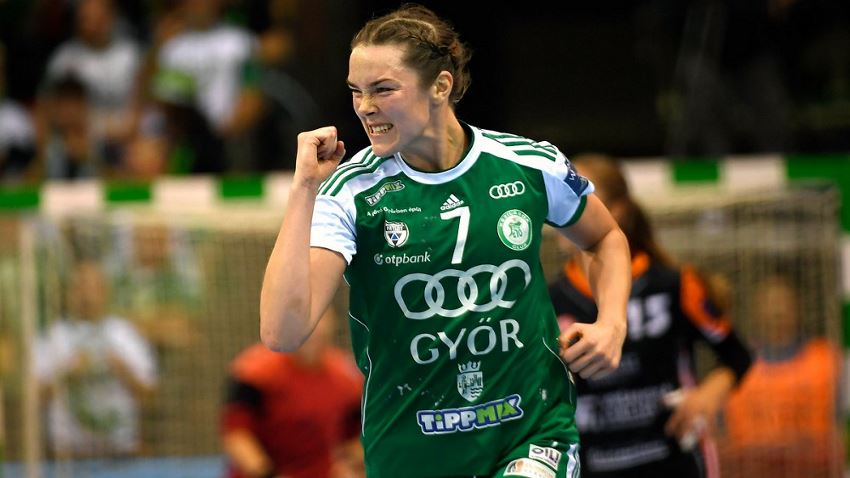 The best attack, the weakest defence, the highest number of goals, most fans per match: ehfCL.com has analysed what happened in the 48 group matches of the DELO WOMEN’S EHF Champions League 2019/20.

So, before heading into the main round, here are the most interesting facts and figures - with record champions Györi Audi ETO KC on top of most rankings.

0 teams made it from qualification to main round, though Banik Most came close, finishing point behind IK Sävehof.

0 CL debutants made it to the main round.

0 main round debutants are among the 12 teams still in the competition.

1 team did not gain a single point in the group matches: MKS Perla Lublin.

1 former CL winner was eliminated after the group matches (and continues in the EHF Cup): HC Podravka Vegeta.

2 points from six matches were enough for Valcea to book their main round ticket, thanks to a better goal difference than SG BBM Bietigheim.

2 teams won all three away matches: Brest and Györ.

3 nations have two teams each in the main round: France (Metz and Brest), Hungary (FTC-Rail Cargo Hungaria and Györ), and Romania (CSM Bucuresti and Valcea). Contrary to last season no teams from the same country will meet in the main round.

4 - which means all - participants of the DELO WOMEN’S EHF FINAL4 2019 are still part of the competition: Györ, Rostov, Vipers Kristiansand and Metz.

9 different nations are represented by the 12 main round participants, the same number as in the previous two seasons. The only change compared to the 2018/19 season: Sweden replaces Germany. 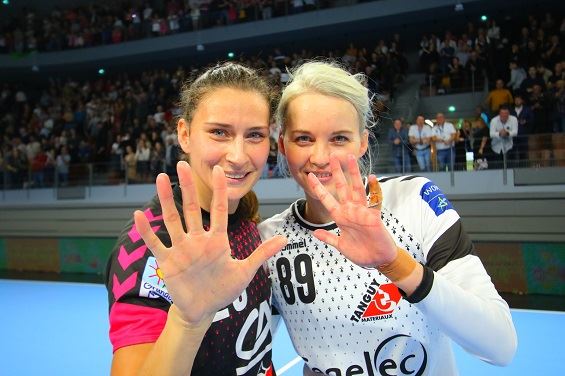 10 group matches ended with a goal difference of 10 or more goals; that number was seven in both of the previous two seasons.

18 group matches were attended by 2,500 or more spectators.

21 of the 48 group matches ended in an away victory; four more than last season. Group D saw seven away and just four home wins.

41 was the lowest number of goals in a single group match: Valcea vs Buducnost 20:21.

48 main round matches will decide the eight participants of the quarter-finals.

49 goals were scored by Jovanka Radicevic (MNE/Buducnost) in the group matches to lead the CL scorers’ list, ahead of Ana Gros (SLO/Brest) and Katrin Klujber (HUN/FTC) with 40 each.

+69 is the overall goal difference of Györ, one goal down from last season. Györ won their group matches by an average difference of 11.5 goals.

131 goals were conceded by CSM Bucuresti, the lowest number of all 16 teams in the group matches.

216 goals were scored by Györ, the highest number of all 16 teams in the group matches.

2,877 goals have been scored so far this CL season, including 206 from the qualification tournament.

5,250 spectators was the record attendance, at Györ vs Krim. 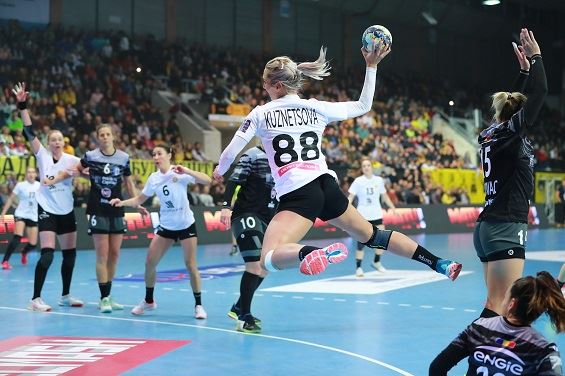