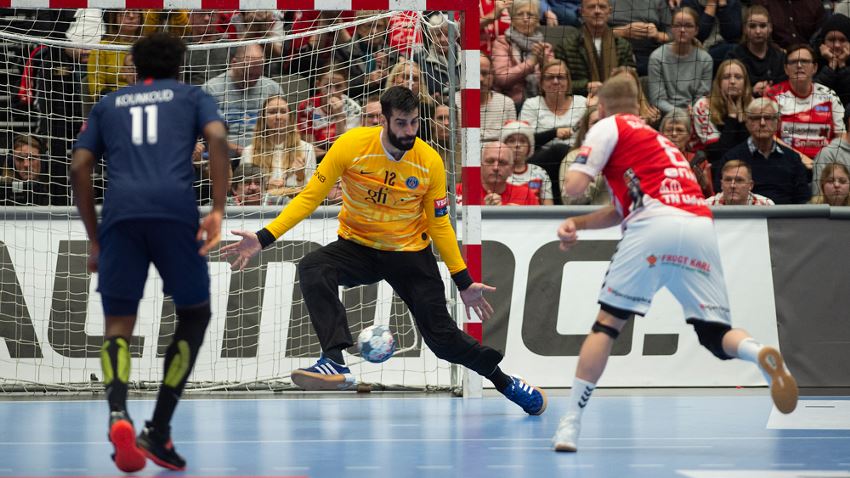 Taking flight, an unexpected painter and love from Japan

The VELUX EHF Champions League group phase is close to its business end, but there is no shortage of funny, insightful and interesting social media posts this week.

From gifs to emotional videos, superb goals and do not enter signs, everything is covered – including an unexpected player with an unexpected passion.

Emotional plea for the Palau

Barça have been superb in the past two months, winning eight games on the trot. Home games have also been easier for the Spanish champions, as their fans lifted the team in important moments. How could you not be emotional and expect everything from your favourites after such a clip to promote the game against Flensburg?

Playing in the kitchen

Veszprém have also done well on the court in the past weeks, climbing to second place in Group B. But this week it was time for several players to try their skills in the kitchen. Kentin Mahe, Marton Szekely and Arpad Sterbik may not be so talented in this arena as they are on the court, but judging from this photo, it seems they can cope.

No entry at PSG

Back to the gif party at PSG and goalkeepers Vincent Gerard and Rodrigo Coralles are making sure their net is a no-entry zone. They secured another win for the French champions, 32:29, against Aalborg this weekend, meaning PSG are still in a three-way battle with Barça and MOL-Pick Szeged for first place in Group A.

Barça have the best attack in the competition, scoring at a superb rate of 35.6 goals per game and the sheer creativity and audacity of the Spanish side was there on display once again in the Match of the Week against Flensburg. This superb goal came after the trio of Luka Cindric, Aleix Gomez and Aitor Arino shocked the German side and had all the fans up and cheering.

It was time for a party in Kielce as Blaz Janc celebrated his 23rd birthday, with the visual produced by the Polish side ticking all the right boxes. However, Kielce were unable to give Janc a birthday present of two points – they lost 24:28 in an away match at Veszprém.

Mikita Vailupau was the surprise package of the weekend. The HC Meshkov Brest wing scored 12 goals, with 11 goals in the second half, against Vardar. Surprising as it may seem, there was not the only trump card that Vailupau used this week, as we also found out about his passion for painting. Nearly 100 of them were displayed in the Brest Arena before the game and the money earned through sales will be donated to charity.

The DELO WOMEN’S EHF Champions League took a break until the New Year and the national teams are preparing for the start of the IHF World Championship in Japan. The players are already in love with Japanese culture and Montenegro send their love from a superb beach.