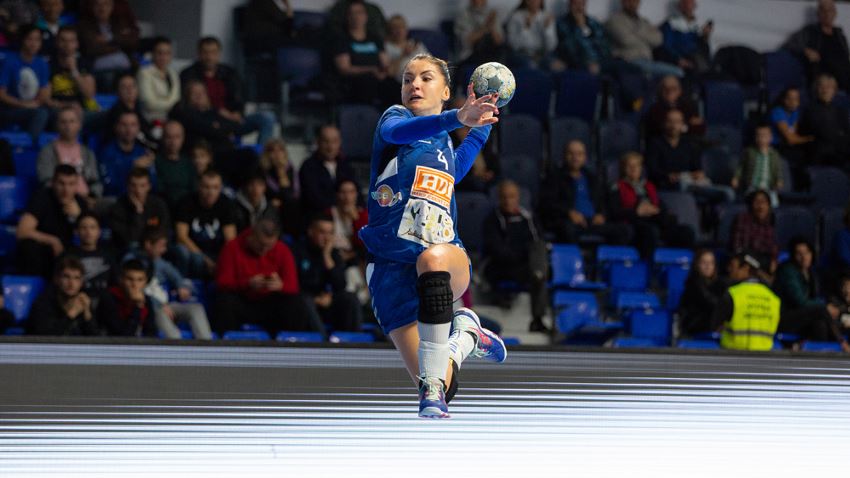 After eight years away, Jovanka Radicevic is back home in Buducnost – and has found her feet in her native Podgorica again rapidly.

The 33-year-old right wing has begun her second tenure at Buducnost with a blast, topping the DELO WOMEN’S EHF Champions League scoring chart with 49 goals from six match appearances.

Despite a weak start in group C for Buducnost, after they recorded their all-time worst conceded goals record in a defeat against Brest (32:35), Radicevic has been in lethal form throughout.

The Podgorica club managed to catch up to their group rivals with a trifecta of wins just in time for the main round. The credit is, in no small part, due to the in-form Radicevic, whose score rate hit double digits twice with 10 and 13 goals against Valcea and Brest respectively.

However, the hard-working Radicevic remains humble, playing down her accomplishments in favour of the team.

“It is all down to our heads. We got a good slap in the face following the defeat against Brest, which managed to bring us back to ourselves,” she says.

“Everything depends on us and our approach to the game. I believe we are ready, and we must be able to show it from the first minute,” says Radicevic, who finished the 2018/19 season having scored 80 goals for CSM Bucuresti – a personal best.

It took eight years, three clubs and 492 goals for the legendary right wing to return to the place where it all started.

“I had another optional year in my contract with CSM. When I received the offer from Buducnost, I decided with Majda (Mehmedovic) it was time to return,” Radicevic reveals.

Having left Buducnost in 2011, Radicevic was not part of the golden generation that won two Women’s EHF Champions League trophies in 2012 and 2015. However, the Montenegrin star did manage to get her hands on the trophy with Györ in 2013.

“I was happy to see Buducnost win the Champions League, after many generations tried in the past. Buducnost is a big club that has brought a lot of joy to all handball fans,” says Radicevic.

“I remember everything – from my first handballing steps, and playing with club legends, to winning the Cup Winners’ Cup and the way we were welcomed at Moraca,” adds Radicevic, who won two Cup Winners’ Cup trophies with Buducnost before joining Györ in 2011. 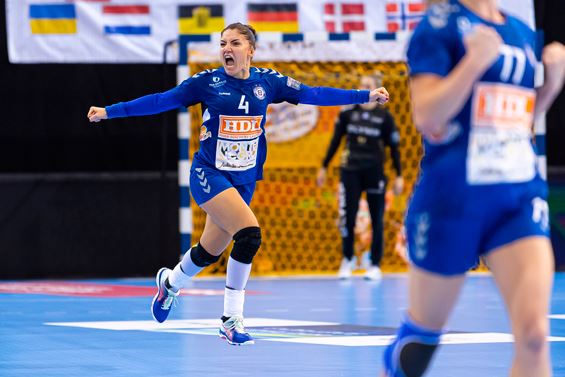 Radicevic also has several individual honours to her name. She was named in the Women’s EHF Champions League All-star Team three times - 2014, 2016 and 2019 - and has not missed a single Women’s EHF FINAL4, making five appearances with Vardar and one with CSM.

“I am grateful to God for everything that I’ve accomplished and become. I am now ready to give back to my country, my family and my club,” says Radicevic.

“I expect a DELO WOMEN’S EHF FINAL4 berth this season. My desire is to win the title with Buducnost,” she adds.

Having made her name in the Moraca arena, Radicevic is among the players with a genuine Buducnost DNA. For her, there is no secret formula to success that can replace good old hard work, adding: “Everything starts with a good defence.”

Over the next weeks, Radicevic will seek to use her form to the benefit of the national team at the IHF World Championship 2019 in Japan. Montenegro are drawn in group C alongside heavyweights Hungary and Romania, but play their first match on Saturday against Senegal.

After that, expect to see plenty more from Radicevic when the Champions League returns from a two-month break at the end of January.