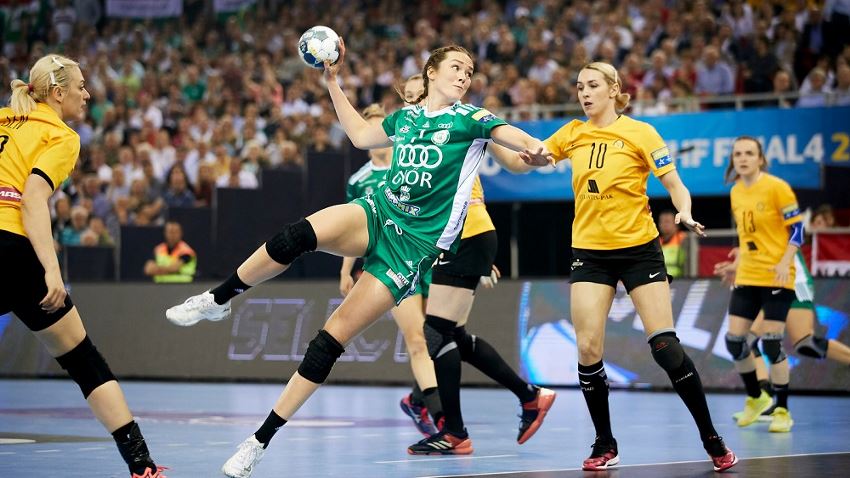 16 teams at the start, one champion at the end: at first sight, the DELO EHF Champions League 2020/21 might not seem very different from previous seasons.

But take a closer look and you will see an exciting all-new playing system for the 28th edition of the competition, which will provide fans across Europe once more with the very best women’s club handball has to offer.

The revamped competition will start with a group phase, consisting of two groups of eight teams, but switch to a knock-out mode right afterward for the play-offs and the quarter-finals. The season will be concluded as usual by the DELO EHF FINAL4 in Budapest, in May 2021.

All matches of the DELO EHF Champions League 2020/21 season will be played on Saturdays and Sundays. 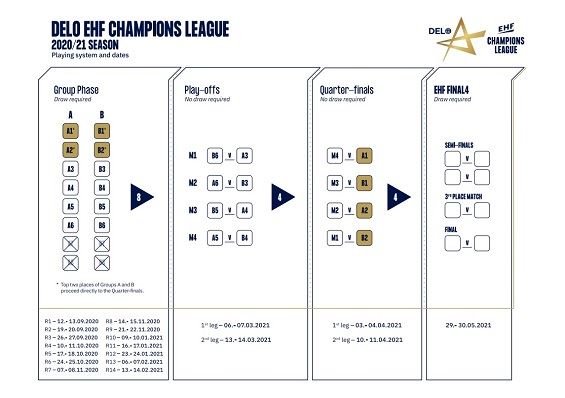 The following overview will take you through the new playing system step by step:

The 16 participating teams have been seeded into four pots and will be divided into two groups of eight at the draw next week Wednesday (1 July). The country-protection rule applies, so no teams from the same nation can meet at this stage of the competition.

Each team plays a home and an away match against all seven opponents in the group.

After 14 rounds, the top-two ranked teams from group A and from group B will qualify directly for the quarter-finals; all teams ranked from third to sixth will advance to the play-offs; the two lowest-ranked teams in both groups will be eliminated from the competition.

The four winners of the play-offs advance to the quarter-finals, joining the four teams that qualified directly from the group phase.

Like in past seasons, the four winners of the quarter-final advance to the DELO EHF FINAL4.

The one thing that won’t change in the 2020/21 season is the DELO EHF FINAL4: the summit in women’s club handball will once again gather the four strongest teams of the season at the Papp Laszlo Arena in Budapest.

A day after the semi-finals on Saturday 29 May, the DELO EHF Champions League 2020/21 winners will be crowned on Sunday 30 May.