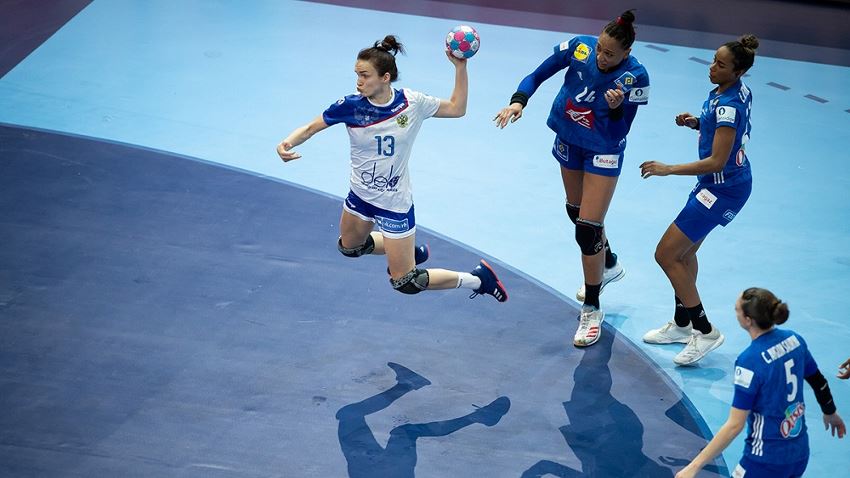 Which 10 Champions League players excelled at the EHF EURO?

The Women’s EHF EURO 2018 has captivated millions of handball fans for 18 days. With hosts France lifting the trophy, the event reached its ecstatic finish on Sunday.

The squads of the 16 participants included 113 players from this season’s EHF Champions League clubs. And with France, Russia and the Netherlands as the top-three nations at the EHF EURO, a total of 29 Champions League stars proudly received a medal.

Time to answer the question: who have made it into our top 10 of most impressive Champions League players at the EHF EURO?

Not a single player but a duo from Buducnost: just like at their club, they connected perfectly as Raicevic (39 assists) brough rising star Jaukovic (34 goals) in scoring position many times. This pair has the strength to help Montenegro, the 2012 European champions, approach the top again.

If you have to put a name on the transition of the Hungarian team, it has to be Hafra’s. The 20-year-old left back, who also featured on the all-star team after Hungary won the Junior World Championship this summer, was the best Hungarian scorer at the EHF EURO 2018, with 27 goals.

While Isabelle Gullden did not put her stamp on the EHF EURO like she usually does, teammate Hagman stepped in. Being cold as ice from the penalty line and extremely efficient in counter attacks, the right wing played another outstanding competition, highlighted by her record-tying 17 goals in Sweden’s 39:30 win over eventual finalists Russia.

7. Lois Abbingh (Rostov-Don and the Netherlands)

She not only scored one of the most impressive goals of the tournament when firing a last-second free throw past Spain goalkeeper Silvia Navarro, Abbing - and Estavana Polman - also took the responsibility to guide the Dutch attack after injured captain Nycke Groot had to miss most of the main round.

Without several world-class players, like Nora Mørk and Amanda Kurtovic, Norway missed out on the EHF EURO Semi-finals for the first time in 18 years. Still, Oftedal was the mastermind in attack for the dethroned record champions, not only as she became her team’s top scorer (33 goals) but also because of the way she steered the team.

Enjoy watching the top 🔟 Women's Champions League players that impressed most at the Women's EHF EURO 2018 in France 🇫🇷. Do you agree with us?#ehfeuro2018 #ehfcl pic.twitter.com/O1QeupVT8I

The left back starred in France’s opening game to their home tournament when she netted six times from seven attempts against Russia. It set the tone for her excellent performance throughout the tournament, which earned her a nomination for the left-back position in the all-star team and ultimately the gold medal.

No one had more saves at the EHF EURO than Wester, who stopped 78 shots in eight matches. While the Netherlands missed several key players from the start, they lost a few more during the tournament, but Wester became better with each match and was a key factor for the Netherlands when the defeated Romania for the bronze medal.

Her severe injury sent shockwaves through the world of handball: Neagu tore an ACL and will be out for the rest of the season. After a strong start to the tournament, including an impressive win over defending champions Norway, Romania gradually faded after their star player was out since picking up the injury in the main-round game against Hungary.

She is the No. 1 goalkeeper of France, and teaming up with outstanding counterpart Laura Glauser, they are arguably the world’s best duo between the posts. Leynaud stood like a wall and saved 60 shots in total. She was MVP of the Women’s EHF FINAL4 in May, when Vardar fell to her new club Györ, and showed another brilliant performance at the EHF EURO.

The absolute No. 1 and deserved MVP, who turned from right to left-handed as a youth player, topped the scorer point ranking with 84 points, 17 clear of the rest. Her 43 goals and 41 assists were only the numbers: everyone watching beyond those figures will have seen a true leader of the Russian team, who cried bitter tears after failing to win their first ever EHF EURO gold medal.